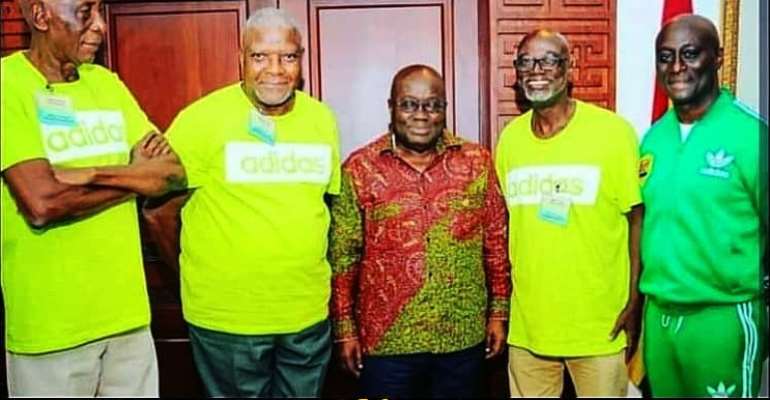 Founder of the GNPC Ghana’s Fastest Human Competition has disclosed that three former great athletes of Ghana will be honoured on Saturday, April 10, 2021, at the University of Ghana Stadium, Okponglo during the GNPC GFH 2021 Accra Edition.

He expressed that “A Country that doesn't honour its heroes and heroes is not worth dying for.

“So, we at GNPC Ghana's Fastest Human use our platform to try and big up some of our past greats.

3. Ohene Karikari - 1974 Commonwealth Bronze medalist in the 100 meters and the ONLY Ghanaian 100 meter runner to have EVER won a medal OUTSIDE Africa!!

Ghana CONTINUES to APPRECIATE ALL YOUR EFFORTS!!!

Collaborate with NIA to end compilation of new voters’ regis...
17 minutes ago