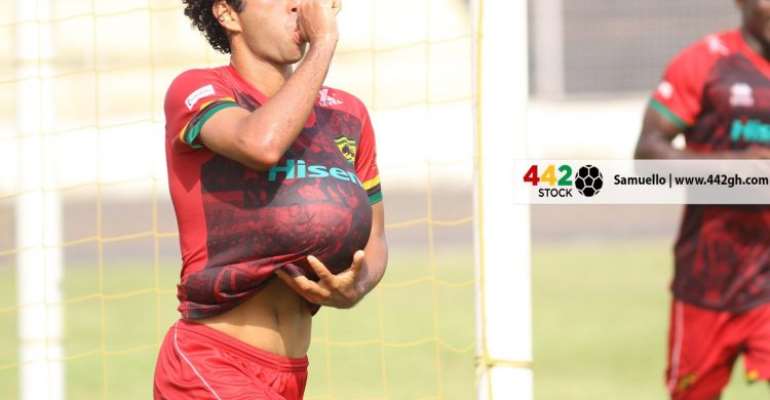 The Brazilian was on the scoresheet on Wednesday in the Porcupine Warriors' 4-0 win over the Hunters.

Gama powered in a close-range drive for Kotoko’s second goal.

Last month, Gama took to social media to confirm his wife was pregnant and expecting a second child.

After scoring his second goal in successive games, Gama celebrated by putting the ball up his shirt to imitate pregnancy.

In the post-match interview, the Brazilian revealed the celebration was in honour of his wife.

“I want to dedicate this goal to my wife and my new [unborn] baby and I want to thank Jesus for this opportunity in my life,” he said.

Gama scored his first goal for the club in the 1-1 draw against Eleven Wonders last weekend before following that up with another neat finish in the win against Bechem.

The 28-year-old will be hoping to continue his fine form when they host Berekum Chelsea at the Obuasi Len Clay Stadium in the matchday 19 games.