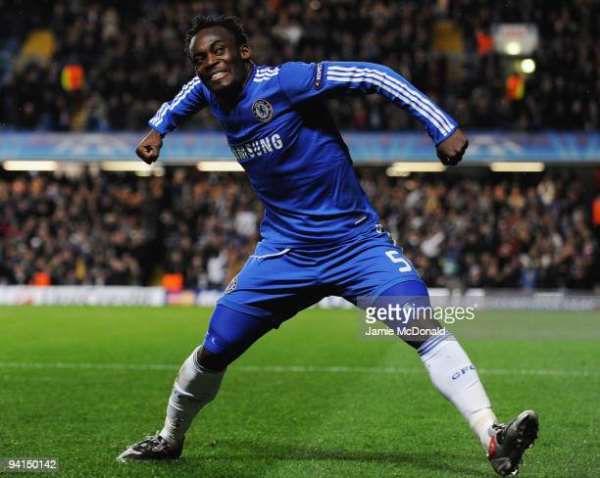 The Premier League side have been reaping some impressive results under Thomas Tuchel, who replaced Frank Lampard.

In their first quarterfinals game against FC Porto on Wednesday, Mason Mount and Ben Chilwell scored to hand the Blues a 2-0 advantage over the Portuguese champions ahead of the return game at the same Estadio Ramon Sanchez Pizuan in a week time in Sevilla.

In an interview, the club legend has backed the current Chelsea squad to win the competition and will be a great achievement for them and the club.

Essien also stressed that his former Chelsea teammate Frank Lampard should be given much credit if Chelsea achieve that glory following his good works when he was in charge giving some youngsters like Mason Mount a chance in the first team.

“I have to be proud of him [Frank Lampard] for what he did because I think he did a very good job.

"He brought several young players through so I think he did a good job. He did very well."

He also heaped praises on Thomas Tuchel stating he is the right choice for the job.

"For Tuchel, he came in and is doing a great job at the moment. I think he’s the right man for the team," he said.

Chelsea will play either Liverpool or Real Madrid in the semi-finals should win or draw in the return game against Porto.

The current FC Nordsjaelland trainer was sensational during his spell with the Blues playing over 100 appearances at Stamford Bridge.

Essien won several laurels for the Premier League during his stay with teh club. He joined Chelsea from FC Lyon in 2005.

You'll be sacked if you fail to up your game– Asamoah Boaten...
2 minutes ago