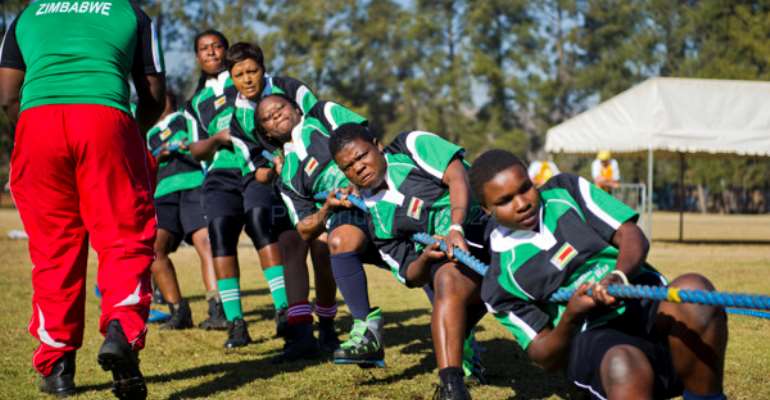 Ghana has been invited to participate in the 8th African Tug of War Championships in Namibia on 16 – 17 July 2021. The event will take place in Swakopmund, Namibia

A letter issued on 16 March 2021 and signed by Francois Heyns, the Namibia representative to all African Tug of War Federation member countries invites Ghana to the African Championships, which will be held in Swakopmund, Namibia on 16 – 17 July 2021.

The President of the Ghana Tug of War Association, Mr Emmanuel Olla Williams said Ghana has organized several local competitions in five regions, and it is time the nation gains international exposure and experience.

He commended the Mayor of Accra, Hon. Mohammed Adjei Sowah and the CEO of the Coastal Development Authority (CODA) Hon Jerry Ahmed Shaib who is now the Deputy Secretary-General of the Ghana Olympic Committee for supporting the Coastal Strength Challenge which brought much fun, entertainment and unity to Bukom, Chorkor, Koforidua and other places.

He appealed to them and corporate Ghana to sponsor Ghana’s team to the African Championship as a step in creating an opportunity for Ghana to add Tug of War to the disciplines for African Games to be hosted by Ghana in 2023.

“I know Ghana can perform well because we have the men and women, as well as the skill and interest,” said Olla Williams who is also the Youth Coordinator of the Ghana Olympic Committee (GOC).

The 8th Annual African Tug-of-War Championships. Currently, there are 73 countries in the World affiliated to the Tug-of-War International Federation (TWIF) - 13 of these countries are African countries.

In 2012, the 1st African Championships was instituted and hosted by South Africa. Since then, the Championships have rotated on an annual basis amongst member countries, mostly in the SADC region.

The competition will be adjudicated by TWIF Officials as well as Grade 1 Officials from the participating countries.

It is further planned to conduct an Officials course as well as a Coaches course just prior to the competition. A training camp for developing teams is also being planned.

Collaborate with NIA to end compilation of new voters’ regis...
14 minutes ago