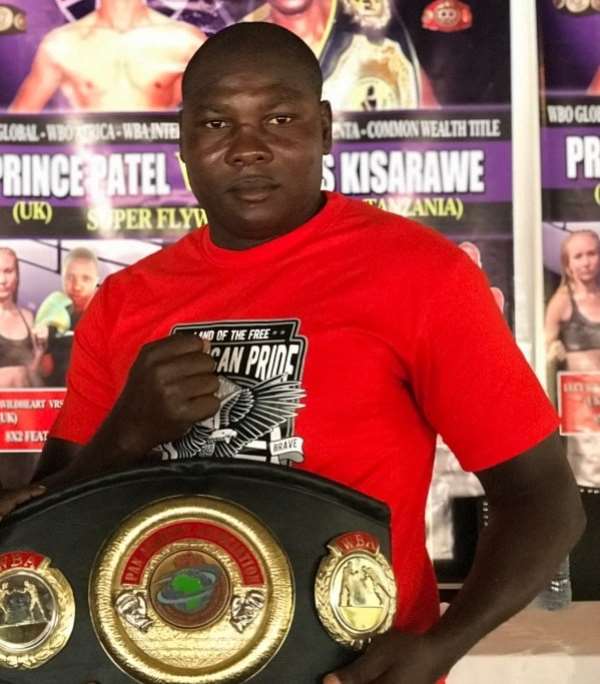 Stout Osmanu Haruna who scaled 276.0 lbs at the weigh in looked more confident at the start of the fight, but got tired and allowed the taller opponent to ride to victory.

Ebenezer Tetteh said he will revenge an old debt when they were both amateur boxers and he rightly did it to the amazement of his coaches.

In the main bout, super Flyweight, Prince Patel from the United Kingdom put up a good show dropping Julius Kisarawe from Tanzania twice in the ninth round to win via TKO to claim the WBO Africa, WBO Global, Commonwealth and IBF Intercontinental titles.

New kid on the block Mohammed Nii Ayikwei Aryeetey won, while. the females' Lucy Wildheart and Flora Machela from UK and Tanzania also put up a splendid performance.

Lucy Wildheart was declared the winner on points.
The proprietor of Cahaya Lounge, D. K thanked all boxing fans who made it a memorable one on Saturday, March 27. 2021.

Michael Patterson, the matchmaker said SQAO Empire Promotions have more entertaining bouts coming up at different locations in Accra to bring back the interest in boxing.