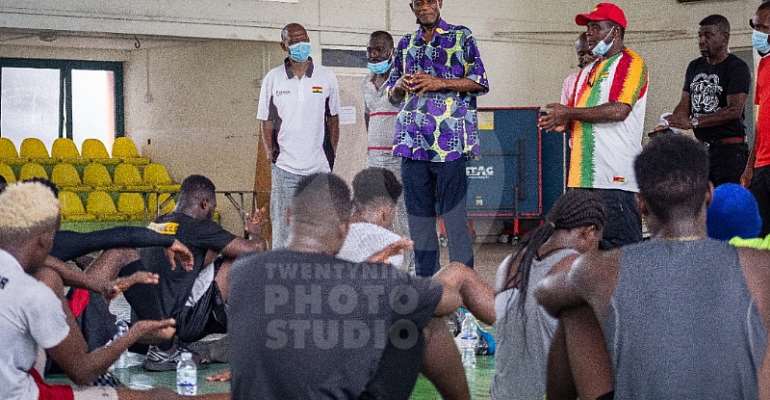 Some members of the Ghana Olympic Committee (GOC) Tokyo 2020 Working Committee on Thursday morning paid a surprise visit to the national boxing team, the Black Bombers who are preparing at the Accra Sports Stadium.

The Committee was led by Mr Paul Atchoe, the first vice president of the GOC and former Chef du Mission.

He was accompanied by Mr Shaban Mohammed, director of operations and technical director of the Ghana Cycling Association.

The Working Committee assured the boxers of full support and grant them all that they need to win medals for the nation.

Three boxers have qualified for the Tokyo 2020 Olympic Games which comes off from July 28 to August 8 in Japan.

They are captain Sulemana Tetteh - Flyweight, sensational Samuel Takyi - Featherweight and Shakur Samed - Light Heavyweight who is the current SWAG Amateur Boxer of the year 2019.