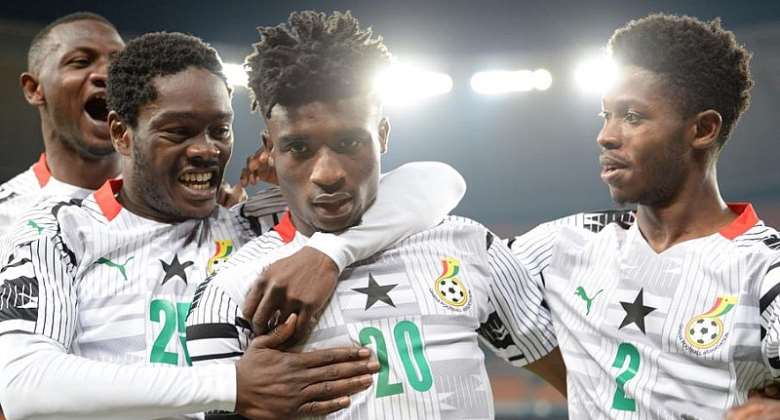 Ghana will face off with Sao Tome and Principe in the 2022 Africa Cup of Nations (AFCON) qualification Group C match at the Ohene Djan Sports Stadium in Accra on Sunday.

The Black Stars booked their place in the finals after drawing 1-1 with South Africa away in their most recent Group C game which was played on Thursday.

Ghana are sitting at the top of the group standings - level on points with second-placed South Africa and a point above third-placed Sudan, but the Black Stars have a superior head-to-head record over both teams.

However, coach Charles Akonnor's side has been boosted by the arrival of three key players in Thomas Partey, Jordan Ayew and Andre Ayew ahead of their clash with Sao Tome.

"Captain Andre Ayew, vice-captain Thomas Partey and striker Jordan Ayew have joined the Black Stars ahead of the game against São Tomé and Principe."

"The three England based players missed the game against South Africa due to issues related to the Covid-19 pandemic as the rainbow country has been declared a Covid-19 risk zone by the World Health Organization (WHO)."

"The trio trained with the rest of the squad on Friday, at Accra sports stadium as the team began preparation for the final Group C Africa Cup of Nations qualifier against São Tomé and Principe," a Ghana Football Association (GFA) statement read.

Meanwhile, Sao Tome's hopes of qualifying for the next year's tournament have long diminished and they are coming off a 2-0 defeat to Sudan at home in a Group C game on Wednesday.

The Falcons and True Parrots Team are placed fourth on the group standings without a single point having lost all five of their matches in Group C.

Adriano Eusebio, the Sao Tome head coach, named 11 overseas-based players in his squad for their clashes with Sudan and Ghana with Belenenses SAD starlet Ricardo Cardoso part of the team.

“I have considered the importance of these games and I decided to call up 11 players from abroad and 15 from local championships," Eusebio said.

The previous encounter between Ghana and Sao Tome was on 18 November 2019.

Ghana claimed a 1-0 victory over Sao Tome in the 2022 AFCON qualifier Group C game at the Estadio Nacional 12 de Julho in Sao Tome.