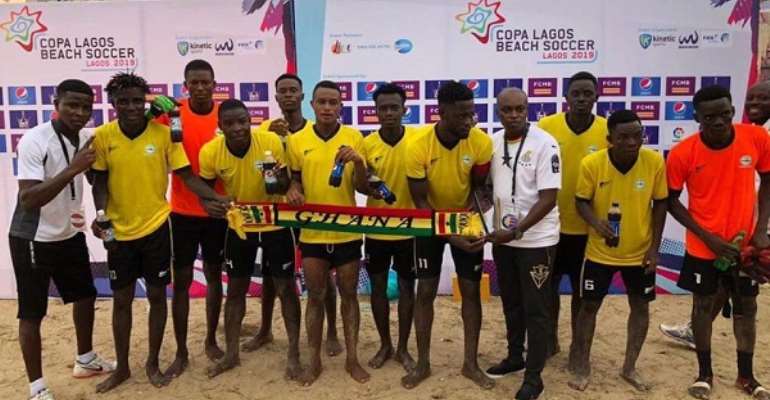 Ghana have withdrawn from the final phase of the 2020 Beach Soccer Africa Cup of Nations (Afcon) qualifiers.

The decision to pull the Black Sharks out of the qualifiers comes about a week from playing the Sand Cranes of Uganda in a two-legged affair.

Bizarrely, it has emerged that the Ghana Football Association (GFA) communicated the country’s inability to go ahead to participate in the qualifiers at the blind side of the team.

The Black Sharks – who for the past two or more weeks had been training at Laboma Beach in Accra – only heard news of the withdrawal on their behalf from their Ugandan counterparts who had received a communique from Caf.

Team Ghana was scheduled to fly out of the country on March 24 ahead of the first leg scheduled for the FUFA Technical Centre in Njeru on the 27th.

But the GFA wrote to Caf to pull out of the qualifiers for the team which has participated in three Afcon finals since it was constituted in 2013.

“Kindly note that Ghana FA has officially withdrawn from the Beach Soccer AFCON. Accordingly, the above-mentioned two qualifying matches have been cancelled and Uganda is automatically qualified to the Final Tournament of Beach Soccer AFCON,” a Caf notice to the Uganda FA read in part.

The tournament will serve as a qualification route for African nations to the 2021 edition of the FIFA Beach Soccer World Cup slated for Russia.

The Ugandans were to host the Beach Soccer Afcon in November last year. However, due to the COVID-19 pandemic and rising water levels on the shores of Lake Victoria affecting the hosting beach, they withdrew from hosting the tournament.

Senegal was subsequently chosen as the new hosts and the tournament rescheduled to between May 23 and 29, 2021.

Uganda now joins Senegal (hosts) and Egypt as the only qualified teams to the 4th edition of the event.