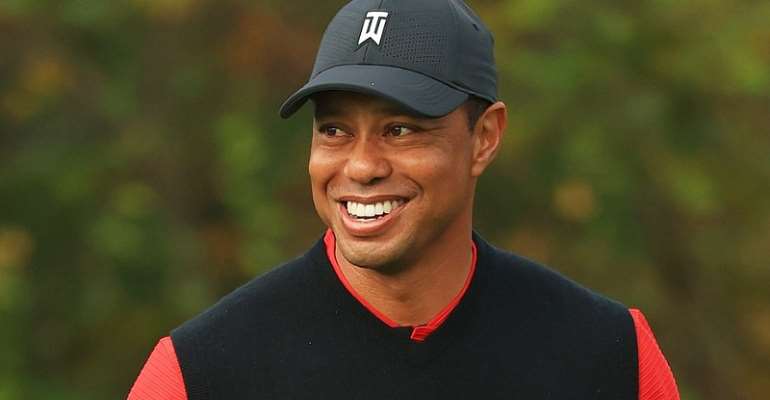 Tiger Woods says he is happy to be home after leaving hospital following a serious car crash in California last month.

Woods underwent surgery on open fractures to his lower right leg and further injuries to his foot and ankle following a single-vehicle accident in Los Angeles on February 23.

The 45-year-old, who was on his way to Rolling Hills Country Club for a publicity shoot when the crash happened shortly after 7am local time, was pulled out of the vehicle through the windshield by emergency services.

In a statement released on Tuesday night, Woods said: "Happy to report that I am back home and continuing my recovery. I am so grateful for the outpouring of support and encouragement that I have received over the past few weeks.

"Thank you to the incredible surgeons, doctors, nurses and staff at Harbor-UCLA Medical Center and Cedars-Sinai Medical Center. You have all taken such great care of me and I cannot thank you enough.

"I will be recovering at home and working on getting stronger every day."

Woods' vehicle struck a median strip, rolled and came to a rest on its side near a steep road police say is notorious for crashes.

The former world No 1 underwent surgery that day for multiple fractures to his right tibia and fibula - including having a rod inserted in the former - with additional screws and pins inserted into bones in his foot and ankle.

Rory McIlroy, who has a home near Woods in Jupiter, Florida, said in an interview last week with talk show host Jimmy Fallon that Woods was "doing better" and it would be "great" for him to be back at his home with his family.

Woods said it was "touching" to see several of his peers wearing his trademark Sunday red for the final round of the WGC-Workday Championship on the PGA Tour in the days after his crash.