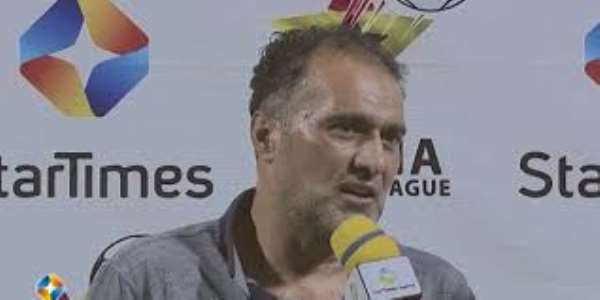 Information reaching Modernghana Sports is indicating that King Faisal will get a new head coach before the second round of the 2020/2021 Ghana Premier League season commences.

Despite enjoying an improvement this season when compared to their performance in the truncated league, the Kumasi-based club has still not done enough to climb away from the relegation zone.

The team owned by Alhaji Karim Grusah finished the first round of the Ghanaian top-flight league sitting 16th on the league table with 17 points from the 17 matches played.

Determined to turn things around in the second round of the league campaign, the veteran football administrator has decided to bring in a new technical head.

Reports according to Otec FM have revealed that King Faisal has agreed to a deal with Turkish tactician Kasim Gookyildiz for him to take over as the club’s new head coach.

The gaffer in the past had a short stint with Obuasi Ashanti Gold SC before forced to leave his role for allegedly not having the required certificate to handle a top-flight club in Ghana.

The coach is set to make a return to the Ghana Premier League and is expected to depart Istanbul on Tuesday and arrive in Accra on Wednesday.

It is understood that he will be assisted at King Faisal by coach Andy Sinason.

NDC directs its MPs to vote against Martin Adjei Mensah’s no...
48 minutes ago