2021 Afcon Qualifiers: Richard Ofori to be available for South Africa and Sao Tome tie despite picking up in against ES Setif 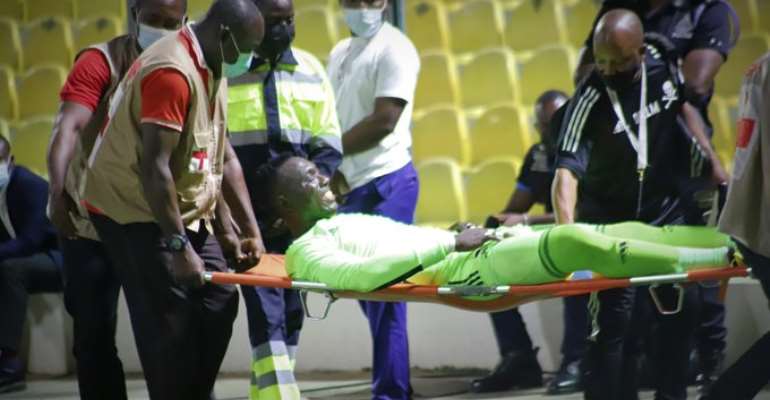 Richard Ofori being stretched off

Goalkeeper Richard Ofori is expected to sit out for at least two weeks after picking up an injury in Orlando Pirates' Caf Confederation Cup clash against Algerian side ES Setif.

Ofori was stretched off in the 15th minute of the match played at the Accra Sports Stadium on Wednesday night.

This means Ofori is likely to be available for the Black Stars qualifiers against South Africa and Sao Tome and Principe this month.

However, a report by Ghanaian sports journalist, Benedict Owusu, says the injury is not serious but he is expected to sit out for two weeks.

Initially, there were fears that the injury was a serious one and that Ofori will play no part in the games.

The Black Stars, who are currently first in the qualification Group C, will secure their place in Cameroon with a point from two games.