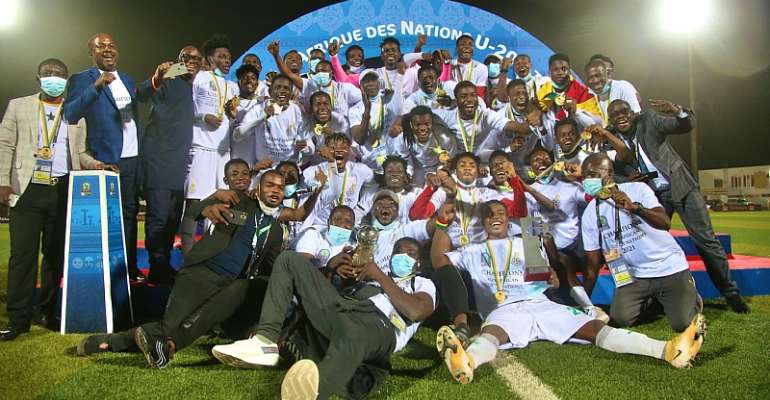 The President of the Republic of Ghana, H.E Nana Addo Dankwa Akufo-Addo has noted that it is his hope to see more success for Ghana football following the triumph achieved by the Black Satellites at the 2021 Total CAF U-20 Africa Cup of Nations (AFCON) tournament.

Over the past weekend, the Ghana U-20 team defeated the Hippos of Uganda 2-0 in the final of this year’s U-20 AFCON to emerge as Champions of the tournament hosted in Mauritania.

With the West African country enjoying the victory on the occasion of their 64th Independence Day anniversary, President Nana Addo has commended the Black Satellites for making the nation proud.

“Ayekoo to the Black Satellites and to the technical and management team for the independents day gift. I look forward to receiving them at the Jubilee House later this afternoon after I am done with you to receive them this afternoon,” President Nana Addo said in Parliament on Tuesday while delivering a State of the Nation Address.

The President further revealed that he looks forward to seeing Ghana enjoy more success in the aspect of football.

“Hopefully, this soon will be the beginning of a new era of success for Ghanaian football,” President Nana Addo added.