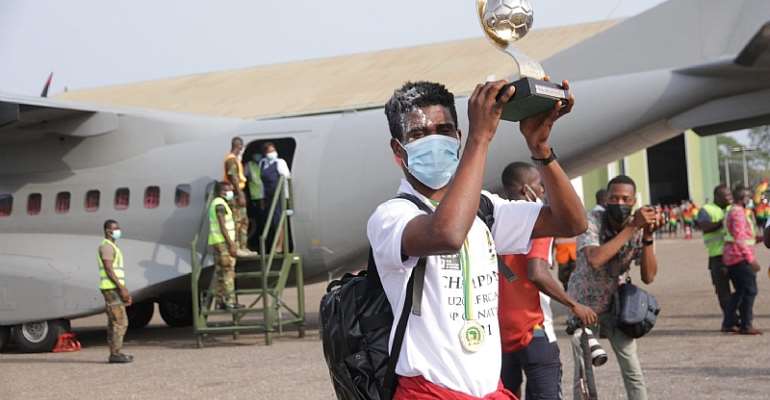 The Black Satellites team will meet President Akufo Addo today at the Jubilee House after being crowned champions of Africa.

Ghana's U-20 side emerged as the champions of the just ended 2021 Africa Cup of Nations hosted in Mauritania.

The Black Satellites defeated Uganda 2-0 in the finals tournament on Saturday to win the ultimate despite a torrid start of the tournament.

The win means, the Black Satellites have won the Youth Championship four times.

However, the technical team, management and the playing will meet President Akufo Addo and present the trophy to him at the Jubilee House in Accra later today.