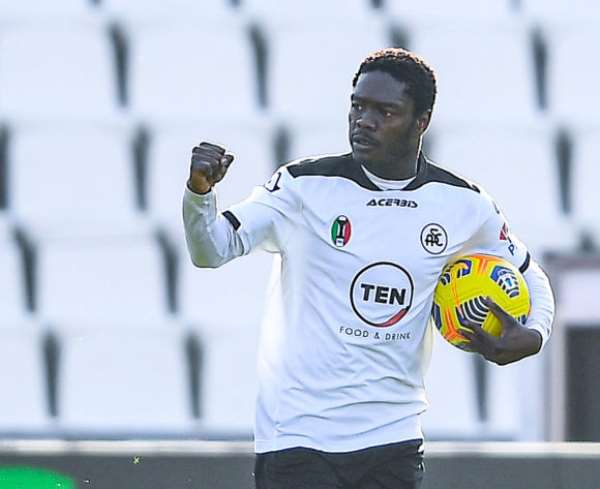 Spezia Calcio forward, Emmanuel Gyasi has been handed a debut call up to the Black Stars for this month’s 2021 Cup of Nations qualifier matches against South Africa and Sao Tome.

According to a report by Sportsworldghana.com, the enterprising forward is among the foreign-based players invited by coach Charles Kwablan Akonnor for the two matches.

Ghana will be hosted by South Africa in Johannesburg before the final game against Sao Tome at Cape Coast Stadium.

The Black Stars just need a point to seal their qualification for the tournament that will be hosted in Cameroon next year.

Gyasi has been impressive in the ongoing Serie A season with Spezia.

The Italy-born winger joined the club from Pistoiese having spent his formative days as a footballer at Torino.

Last season, he established himself as a star for Spezia Calcio in the Italian Serie B as they made history to qualify to the Serie A for the first time since the club was formed.

Gyasi has climbed to 81st on the list of players with the most appearances for Spezia.

He has so far this season scored five goals and provided four assists for Spezia Calcio in all competitions.

Gyasi played his 100th game for the club against Juventus last week.