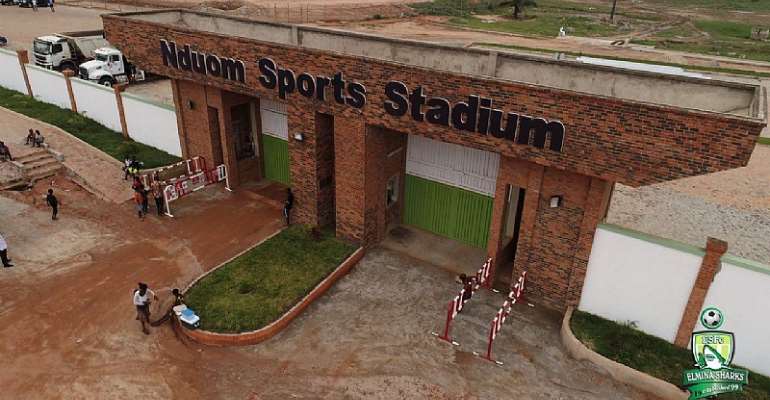 Ghana Premier League side, Elmina Sharks have been banned from using the Paa Kwasi Nduom Stadium as their home venue after failing to meet the requirements of the Club Licensing Board.

Pictures captured on TV from the match venue have seen the club based in Elmina receive backlash for failing to keep their pitch in good playing condition.

On the back of calls for the venue to be banned, the Club Licensing Board has after a mid-season inspection taken the decision to revoke the license issued to the club to allow the use of the stadium for their home matches in the 2020/2021 season.

According to the board, the same fate has befallen Berekum Chelsea for also failing to meet the requirement needed to allow the use of the Golden City Park as their home venue.

“The Club Licensing Board, acting in its capacity as the first instant body of the Club Licensing process has revoked the Licenses of Berekum Chelsea and Elmina Sharks FC to use the Golden City Park and the Nduom sports stadium respectively,” the Ghana FA announced on Monday.

Meanwhile, Dreams FC, Bechem United, Eleven Wonders, and King Faisal have been warned to put their house in order or face similar bans at their respective home venues.