Caf Champions League: Asante Kotoko to get $62,500 for reaching first round 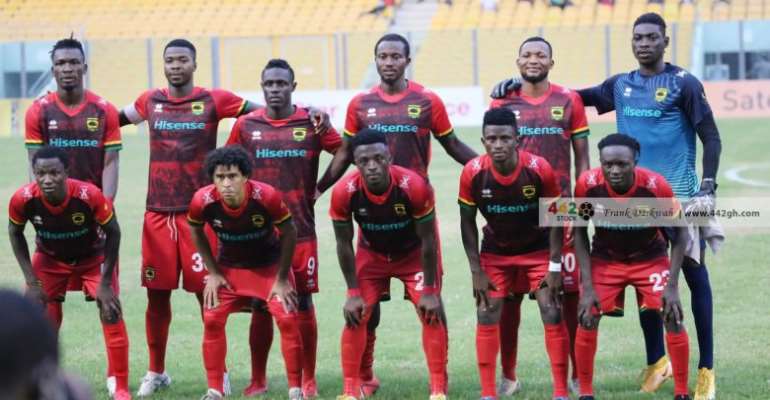 Ghana Premier League side, Asante Kotoko SC are set to earn US$62,500 despite having eliminated from CAF club competitions this campaign.

The Porcupine Warriors were eliminated from the competition after losing to Sudanese side, Al Hilal in Omdurman.

The Confederation of African Football have decided to pay the above-mentioned amount to all clubs that exited at the first round of the CAF Champions League and Confederation Cup respectively.

This money is a FIFA Forward Relief Fund to help clubs mitigate the financial difficulties of the clubs during the pandemic.

The record Ghana Premier League champions dropped to the Confederation Cup but were eliminated in the play-off round losing to Algerian giants ES Sétif.