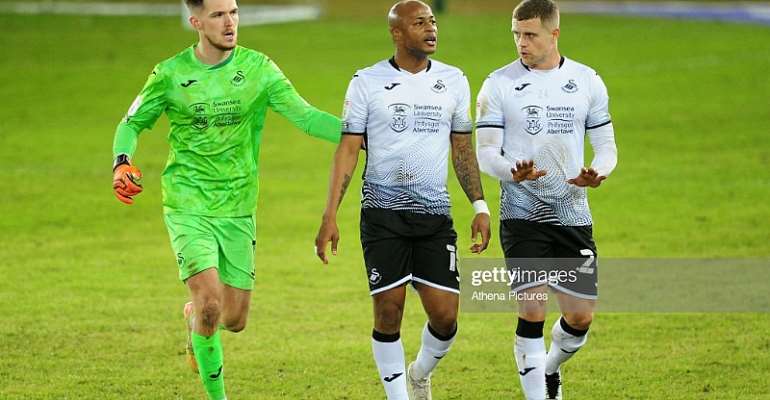 Swansea City goalkeeper, Freddie Woodman has lauded vice-captain, Andre Ayew for his influence on the team.

The Ghana international was on the scoresheet twice in the Swans win against Middlesbrough.

Ayew sealed the win with a late penalty to ensure Steve Cooper's side keep their Premier League promotion dream alive.

And according to Woodman, the 31-year-old keeps getting better and improves players around him.

“It’s not just about the penalties. The fans will see the goals that he scores, but he's a leader behind the scenes and fantastic to have around the place,” added Woodman.

“I feel like I've learned so much off him; even just having a chat with him about different things. He gives great advice out and he gives you this confidence and belief when you do speak to him," Woodman told the club website.

“The fans see the goals, but everyone at the club realise that he's even better at getting the best out of the players around him - even the younger lads," he added.

Andre Ayew has scored 13 goals and provided two assists this season for the Swans in the English Championship.