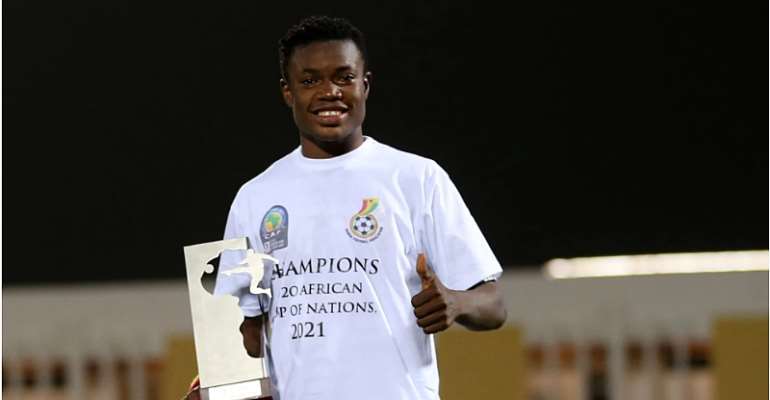 Black Satellites winger, Abdul Fatawu Issahaku has expressed his excitement after being named as the Most Valuable Player in the just ended U-20 Africa Cup of Nations in Mauritania.

Issahaku scored twice for the Ghanaians enroute to winning their fourth title, but it was his artistry of the ball and efficiency in Ghana’s attacking flow, coupled with his dead-ball mastery that caught the eye of the Technical Study Group (TSG) which crowned him best.

“I feel delighted and privileged to win this award, but more so happy that as a team we won the trophy for the Ghanaian people," he told Cafonline.

"This is a motivation for us to keep working and hopefully, we can take new and bigger steps in our careers,” Isahaku stated.

The left-footed forward also made it to the tournament’s best XI, starring in a three-man attack.