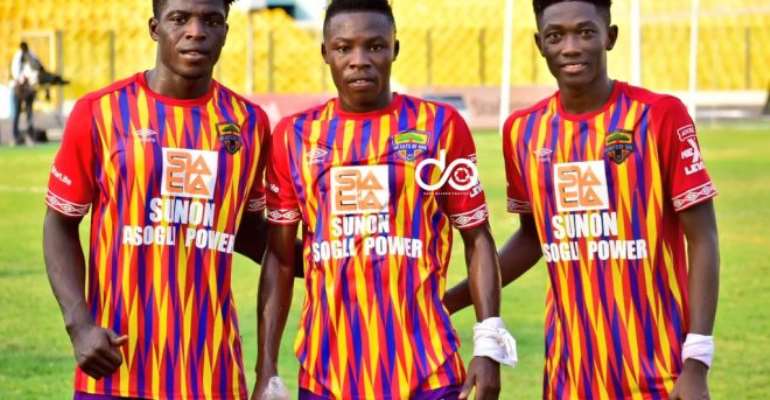 Hearts of Oak have announced the club have signed a deal worth US$ 200,000 with Sunon Asogli Power Ghana Limited as headline sponsor.

The duration of the contract between the club and the thermal power station is for one year.

The remainder of the cash will be paid in two instalments.

And in their first-ever match since the deal was announced, Hearts trounced WAFA 4-0 at the Accra Sports Stadium on Sunday, 7 March 2021 in a Ghana Premier League fixture.

After the first round, Hearts are in third place with 27 points; four behind leaders Karela United. 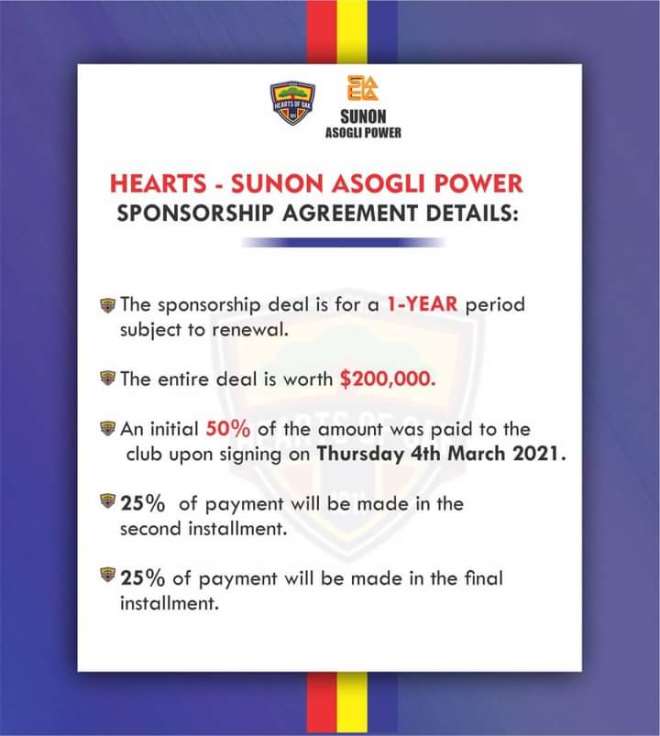