U-20 Afcon: Ibrahim Danlad and Issahaku Abdul-Fataw named in team of the tournament 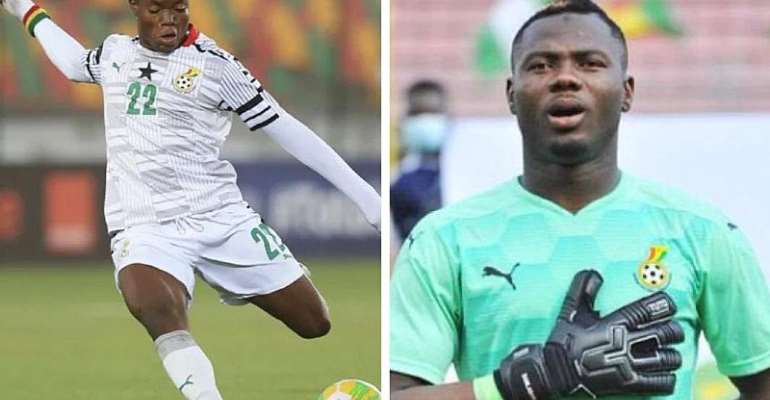 Ghana duo, Ibrahim Danlad and Issahaku Abdul-Fataw have been named in the U-20 team of the tournament in the just ended African Youth Championship in Mauritania.

Danlad Ibrahim kept four clean sheets in the matches against Morocco, Gambia in the semis and Uganda in the final.

However, he conceded twice against Gambia in the final group game and another in extra-time against Cameroon in the quarter-finals.

Issahaku Fataw earned a place on the right-wing as an attacker in the 4-3-3 formation.

The Black Satellites of Ghana emerged as the winners of the tournament following a 2-0 win over Uganda.

The victory comes as a perfect anniversary present from the Black Satellites of Ghana as the country marks its 64th Independence Day Anniversary.

Here is your Total U20 AFCON team of the tournament:

A/R: Over 500 houses earmarked for demolition in Afigya Kwab...
28 minutes ago