Justice Blay is staying at Medeama SC - Board Member confirms 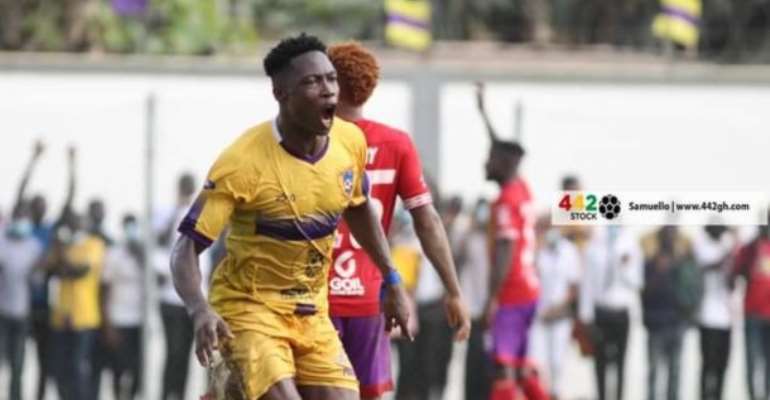 Board Member of Medeama SC, Dr Tony Aubynn has confirmed Justice Blay is staying at the club.

The enterprising midfield dynamo has been linked back to Asante Kotoko following his impressive loan spell at the club.

Blay was on loan to the Porcupine Warriors during the 2019/2020 Ghana Premier League season which was truncated due to the coronavirus pandemic.

There is heightened interest from Kotoko after they failed to sign their former player at the beginning of the season.

Blay was a fans favourite during his time at Kotoko but the club failed to agree a fee with his parent club after his deal expired.

According to Dr Aubynn, Medeama have lofty hopes of qualifying for Africa and will therefore not sell their prized asset.

He added that there is no negotiation between the two clubs.

“There's nothing between us [Medeama SC] and Kotoko regarding Justice Blay, but now we're hoping to go to Africa and he is staying with us,” he told Westgold Radio.

Blay is famously remembered for his goal against Hearts of Oak at the Accra Sports Stadium.