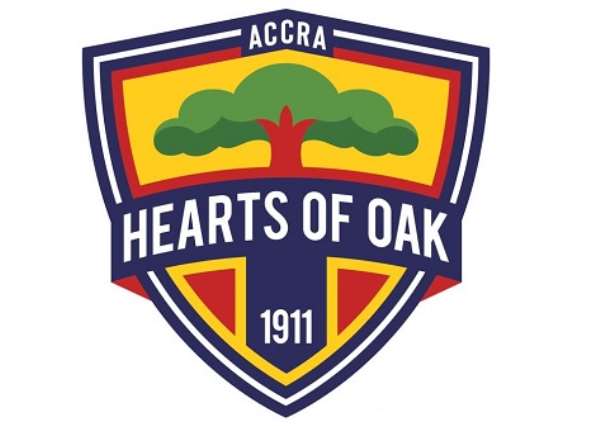 Hearts of Oak have revealed that they will receive $200,000 from the sponsorship deal secured with Sunon Asogli Power Ghana Limited.

The board chairman of the Ghanaian giants, Togbe Afede XIV last week hinted at a deal with the power company during the unveiling of new head coach Samuel Boadu.

On Sunday, March 7, 2021, prior to the team’s Ghana Premier League match against WAFA SC, the club announced via a Twitter post that the deal has been sealed.

In a subsequent post on the social media platform, the club has disclosed that the deal with the electric power generation company will fetch the club a whopping sum of $200,000.

The partnership deal which is for a 1-year period is subject to renewal with Sunon Asogli given the chance to pay the money in installments.

Meanwhile, an initial 50% of the amount was paid to the club upon signing of the contract on Thursday, March 4, 2021. 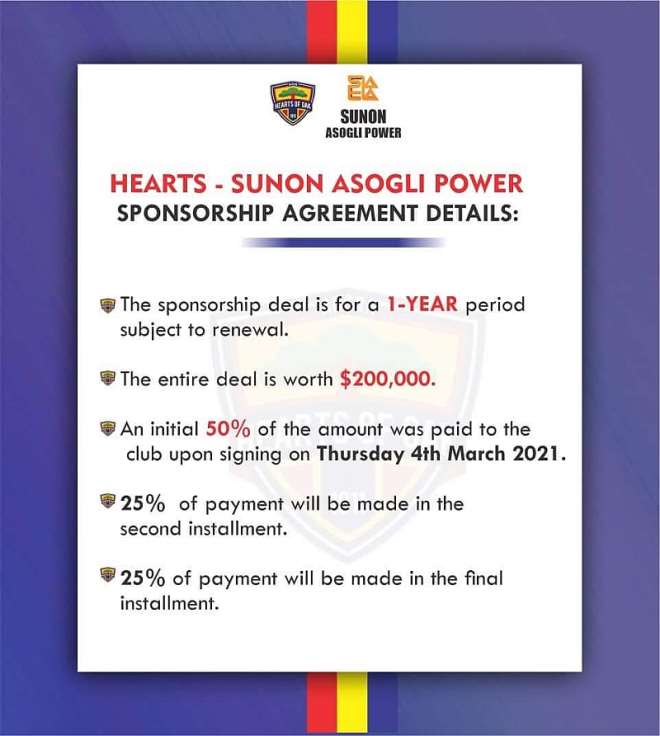