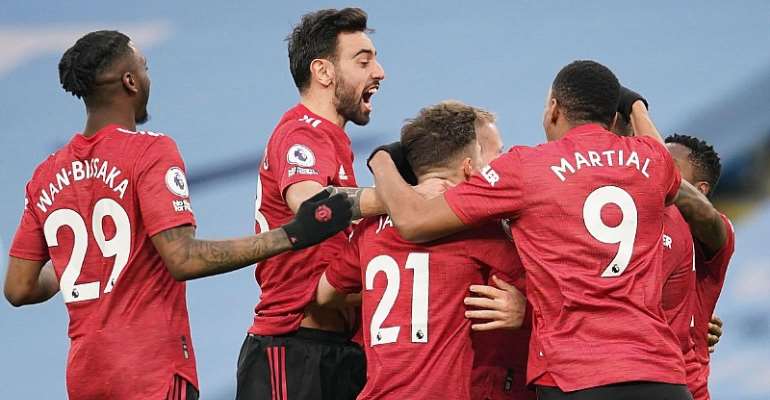 Manchester City's run of 21 consecutive wins came to a crunching halt as Manchester United won 2-0 at the Etihad Stadium.

The game began in startling fashion when Gabriel Jesus fouled Anthony Martial inside the first minute, gifting Bruno Fernandes the opportunity to score from the penalty spot.

Early in the second half came the game's pivotal moments. First Rodri hit the angle of post and bar from the edge of the box, then less than two minutes later Luke Shaw exchanged passes with Marcus Rashford before slotting home from 20 yards out.

Although characteristically enjoying a lot of play in United's half, City failed to really test United goalkeeper Dean Henderson, indeed Anthony Martial was closer to adding to the visitor's lead when forcing a fine save out of Ederson from point-blank range.

The result narrows City's lead over United and the rest of the Premier League to 11 points, but more importantly dents the aura of invincibility Pep Guardiola's side have been carrying with them ahead as they pursue trophies on four fronts.