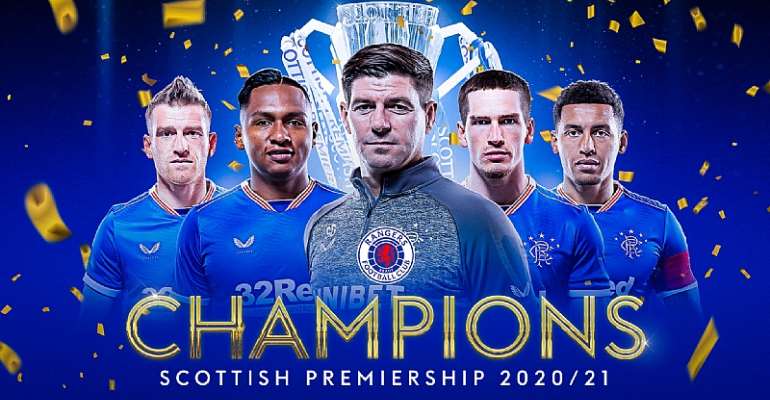 Rangers have won the Scottish top-flight title for the first time in a decade after Celtic were held to a 0-0 draw by Dundee United.

Celtic had to fail to win on Sunday to hand Rangers the title and that is exactly what happened.

Rangers fans flouted coronavirus lockdown restrictions to gather outside Ibrox before and after their team's 3-0 win over St Mirren on Saturday.

With former Liverpool and England midfielder Steven Gerrard in charge, the Glasgow club have ended Celtic's hold on power stretching back for the past nine seasons.

Hundreds of fans let off flares and fireworks in the hours before kick-off, while after the final whistle Rangers players ran into the corner of the ground and greeted fans who had gathered outside the gates.

One video on social media showed Rangers fans assembled outside the stadium appearing to greet players who briefly poked their heads out of the windows of the changing rooms. 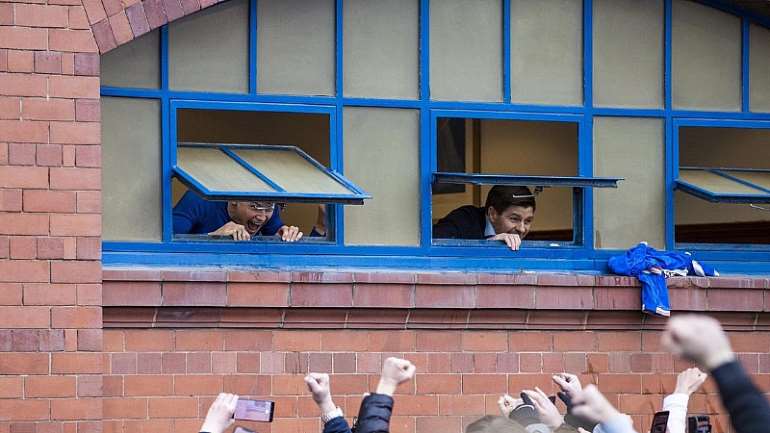 Rangers manager Steven Gerrard celebrates out the dressing room window with fans outside during a Scottish Premiership match between Rangers and St Mirren at Ibrox Stadium, on March 06, 2021

Image credit: Getty Images
Although the mood of euphoria was understandable after the club's voyage back from the depths, the behaviour of the fans was criticised by the Scottish Government.

"We are extremely disappointed supporters have gathered at Ibrox today," a spokesman said.

"At this crucial stage of suppressing the virus, the actions of this minority of individuals jeopardises the safety of other supporters, the police on duty and the wider community."

With Rangers 20 points clear of Celtic a 55th title is assured, taking them four ahead of the number won by their arch-rivals.

Gerrard said he could understand the jubilation of the Rangers fans.

"This club has been to hell and back over the past 10 years. I've only been part of it for three, but I can certainly relate and I've got that feeling and that affection with the fans and I know what they have been through," he said.

"I can totally understand the scenes. But I think it's important they stay safe as well and we all try and be humble and focus on what is left, because there are a lot of big games left and we want more."