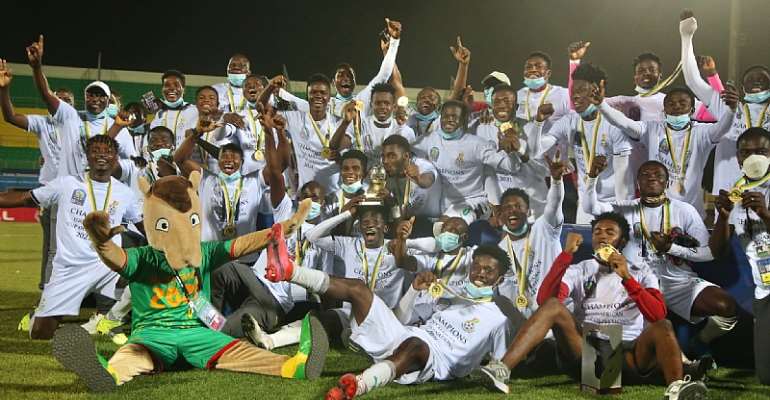 President of Ghana Nana Akufo-Addo and Vice President Dr Mahamudu Bawumia have congratulated the Black Satellites after beating Uganda to win the Africa U-20 championship in Mauritania.

The National U20 beat the Hippos of Uganda by 2-0 in the finals on Saturday evening to clinch the coveted trophy.

Daniel Barnie Afriyie scored in both halves to hand the Black Satellites their fourth AFCON U-20 title in the tournament’s history after winning it in 1993, 1999, 2009 and 2021.

“Congratulations to the Black Satellites for winning Ghana’s 4th AFCON U-20 trophy. Thoroughly deserved victory, and they’ve made Mother Ghana proud. What a way to celebrate our 64th Independence Anniversary!! Kudos to the team and I look forward to receiving the playing, technical and management teams to Jubilee House”, the President applauded the team in a post on Facebook. 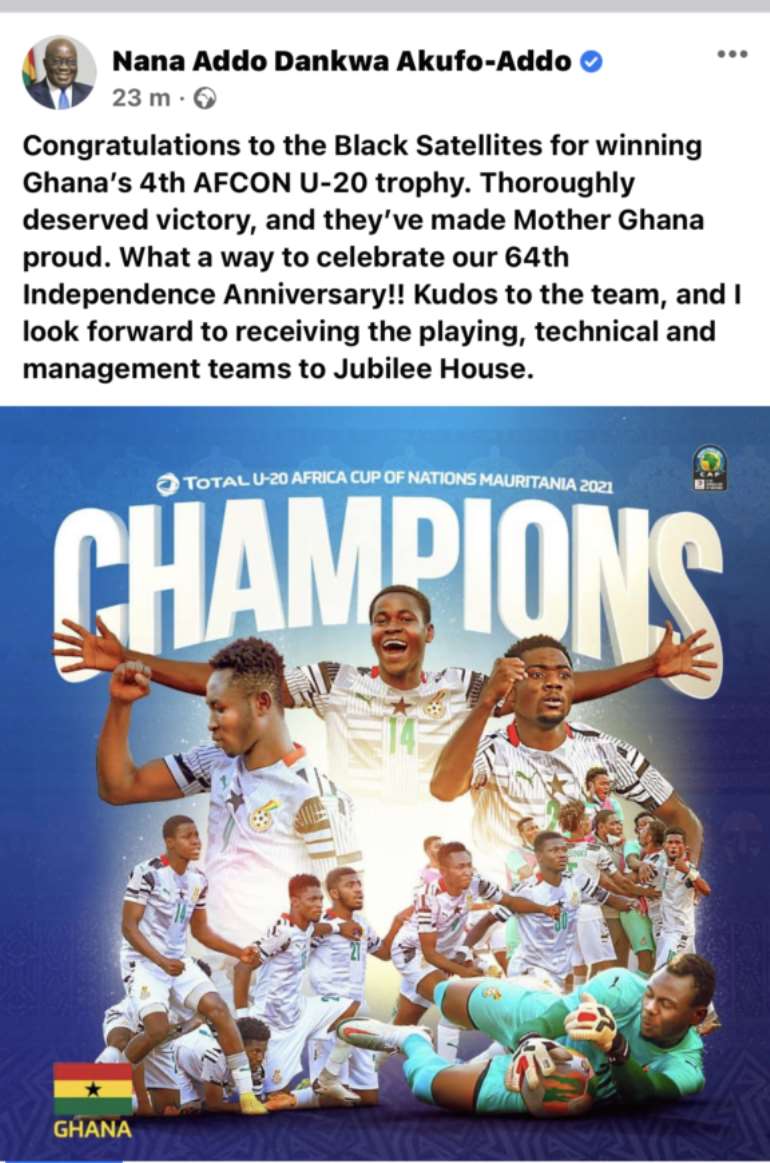 The vice president also wrote, "Congratulations to Black Satellites of Ghana for winning the 2021 Total Under-20 Africa Cup of Nations (AFCON) tournament.

"You have given Ghana a perfect gift to commemorate our Independence Day.