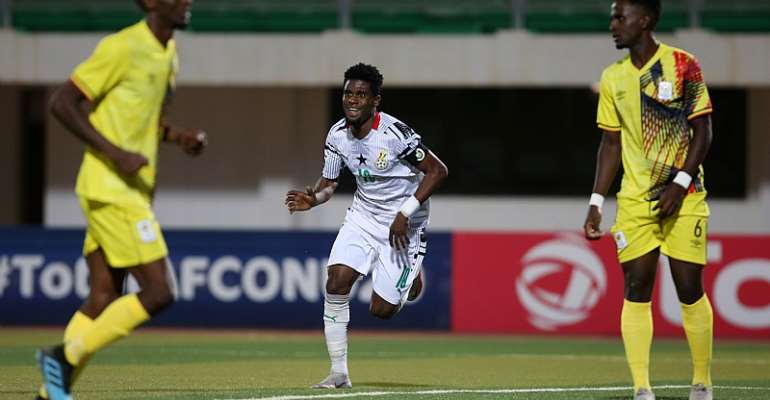 Ghana captain, Daniel Afriyie Barnieh has been named Man of the Match for his displays in the finals of the 2021 Total CAF U-20 Africa Cup of Nations (AFCON) tournament against Uganda.

The Hearts of Oak attacker on Saturday night earned a starting role to play for the Black Satellites in the crucial encounter against the Hippos at the Stade Olympique Nouakchott.

Leading by example and working his socks off, the forward excelled with his performance in the final third while occasionally dropping deep into midfield to help the team defend.

In the keenly contested match, Daniel Afriyie Barnieh scored in each half to steer Ghana to defeat Uganda 2-0 at the end of the 90 minutes.

Taking into consideration his goals plus his impressive work-ethic on the night, the 20-year-old has been named the Man of the Match at the end of the game.

Courtesy of the win against Uganda, Daniel Afriyie Barnieh and his Black Satellites teammates have been crowned Champions of the 2021 Total CAF U-20 Africa Cup of Nations tournament.