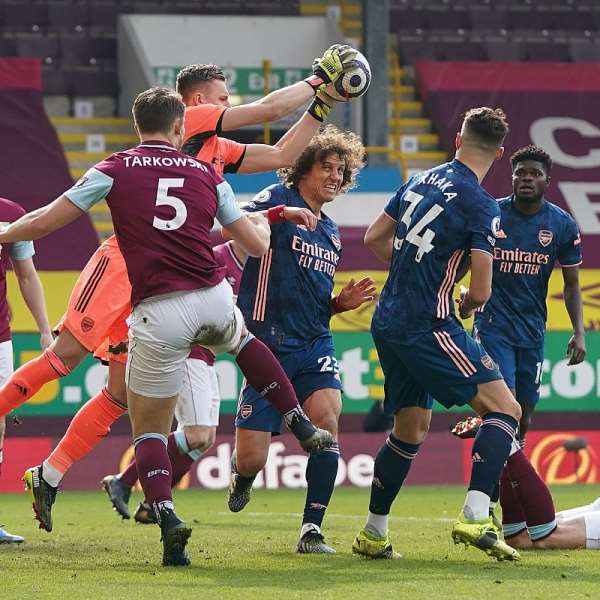 Ghana international Thomas Partey was in fine form on Saturday afternoon during Arsenal’s 1-1 stalemate with Burnley at the Turf Moor in the English Premier League.

The former Atletico Madrid midfielder after recovering from a recurring injury is now back to full fitness and has reclaimed his place in the starting eleven of the Londoners.

Today, he was given a big role in midfield when Arsenal played as a guest to Burnley on matchday 27 of the English top-flight league.

Bossing the middle of the pitch at the Turf Moor, Thomas Partey impressed with his reading of the game and initiated several attacks for the visitors.

As early as the 6th minute, the Black Stars asset started a sleek counter-attack for the Gunners that ended with Gabon striker Pierre-Emerick Aubameyang firing in his 9th goal of the season to shoot Arsenal into the lead.

While Thomas Partey and his teammates controlled the game, their inability to take chances came back to haunt them in the 39th minute.

An attempted pass from midfielder Granit Xhaka in his area deflected off Chris Wood to go into the Arsenal net to level the score for Burnley.

In a game that ended 1-1 at the end of the 90 minutes, Thomas Partey earned a rating of 6.9 according to detailed statistics provided by SofaScore. 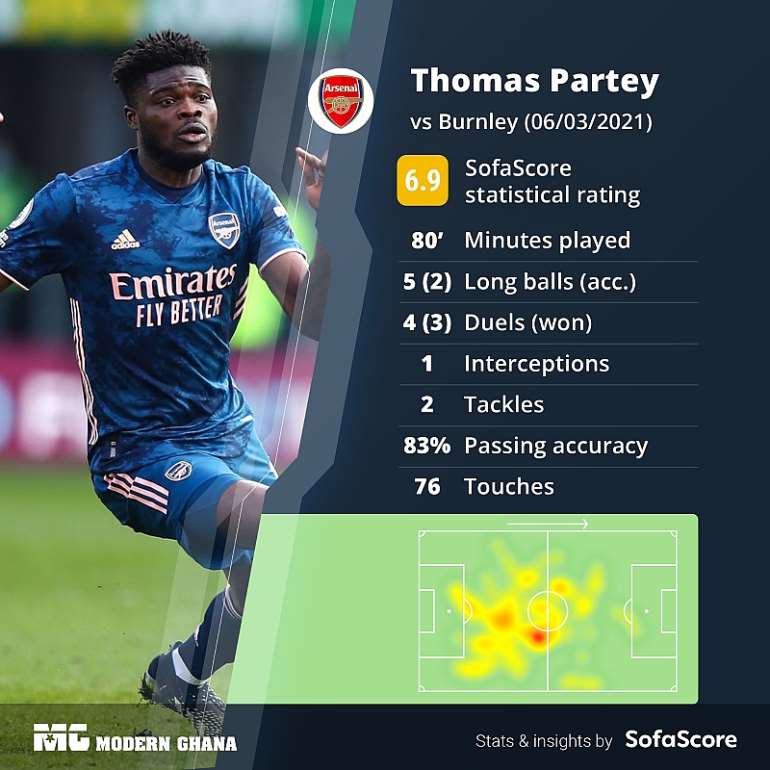 With today’s appearance, the Ghana international has now featured in 12 matches for Arsenal in the English Premier League.

The 27-year-old is in the running for a starting role in midweek when the Gunners travel to Greece to play against Olympiacos in the Uefa Europa League.