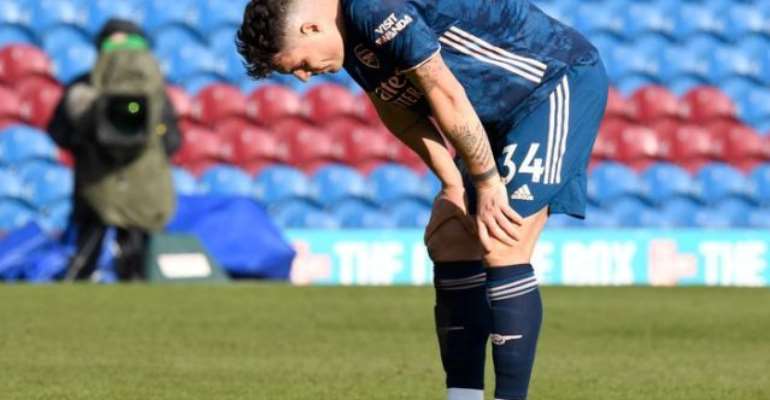 A horrendous error from Granit Xhaka gifted Burnley an equaliser against Arsenal, as both sides shared the spoils at Turf Moor.

Arsenal dominated the early proceedings and could have found more reward than Pierre-Emerick Aubameyang's sixth-minute strike which squeezed under Nick Pope's hand at the near post.

Six minutes before the break Burnley were gifted a lifeline when Arsenal's error-prone Swiss midfielder just eight yards from his own goal tried to clip a ball square to David Luiz but saw his pass deflect off Chris Wood and into the net.

Five minutes from time it seemed like Arsenal would have a chance to win the game when they were awarded a penalty and Erik Pieters sent off for handball after blocking Nicolas Pepe's effort at goal, but VAR ruled the ball hit his shoulder and the penalty and red card were rescinded.

Galamsey fight: Back off and allow law enforcement bodies ta...
22 minutes ago