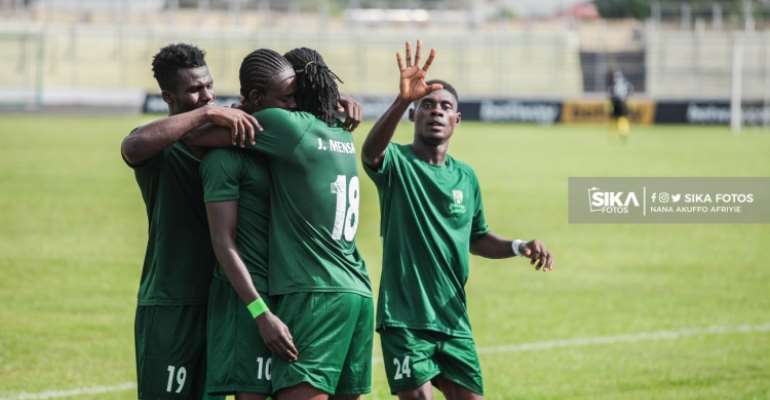 It was a dream start for Elmina Sharks interim head coach Nii Odartey Lamptey on Friday evening as the gaffer guided the team to defeat Asante Kotoko 1-0 in the Ghana Premier League.

The ex-Black Stars attacker was brought onboard earlier this week following the departure of head coach Yaw Acheampong on the back of poor results in the last six matches where the team had failed to record a win.

Coaching from the touchline in his first match this evening, Coach Nii Odartey Lamptey had the tactics to push his players to go the distance with a tough Asante Kotoko side that has been excellent in their away matches since the season started.

Courtesy of a goal from winger Mustapha Alhaji in the 55th minute, Elmina Sharks have brushed aside the matchday 17 opponent of the Ghana Premier League with a narrow win.

Prior to that equalizer, both teams had played some delightful football in the first half where a number of penalty shouts from both teams were overruled by the centre-referee.

Today’s win sees Elmina Sharks climb to 13th on the league table while Asante Kotoko stays in the 6th spot with two outstanding matches to play to wrap up the first round of the campaign.