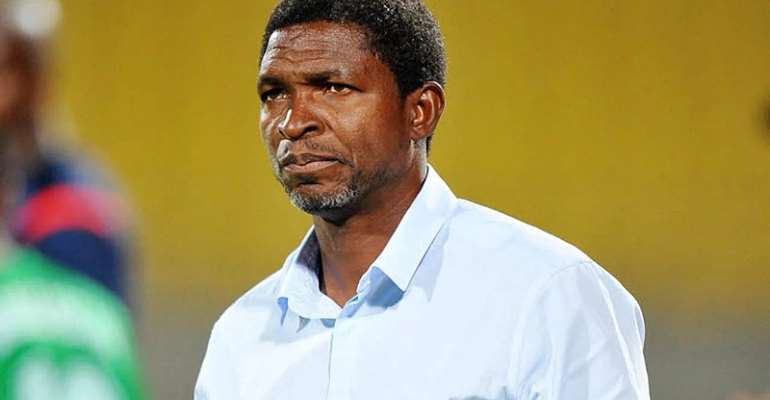 A former head coach for Asante Kotoko, coach Maxwell Konadu has dragged the club before the Ghana FA Players and Coaches Status Committee seeking to be paid his unpaid salary.

The experienced tactician was shockingly sacked by the Chief Executive Officer of the club, Nana Yaw Amponsah in December 2020 following a bad run that saw the team struggle to pick wins.

Several months on, Maxwell Konadu who has been patiently waiting for the club to settle his unpaid signing on fee and other outstanding salary has become impatient.

The gaffer is seeking that he is paid his one-year outstanding salary as well as his signing-on fee.

In the past, he had stressed that he wanted to settle the issues with the club amicably. Unfortunately, the club’s inability to pay up has forced him to take the latest decision.