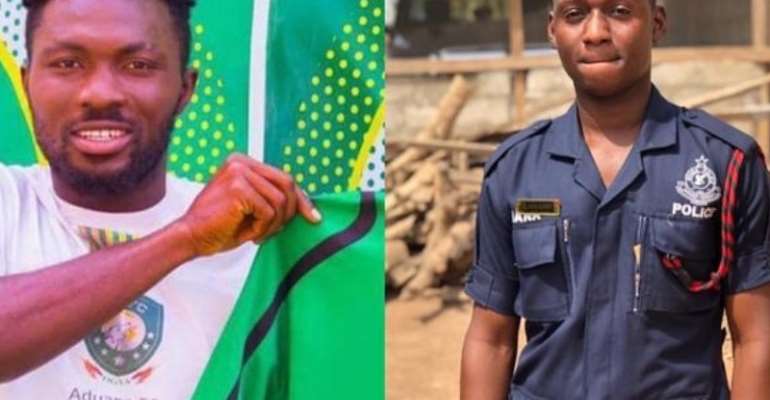 The footballer for Aduana Stars, Farouk Adams has been charged with six offences.

These are careless and inconsiderate driving; negligently causing harm and failing to report the accident to police.

He has since been charged with the offences at the Berekum Circuit Court and has been remanded into police custody for two weeks.

The footballer [central defender], was involved in a hit-and-run accident on Monday, March 1, 2021, at a spot on the Asuotiano-Asuhyie stretch on the Berekum to Dormaa-Ahenkro highway, according to the police.

The accident resulted in the death of a policeman, Constable Amos Mattey. 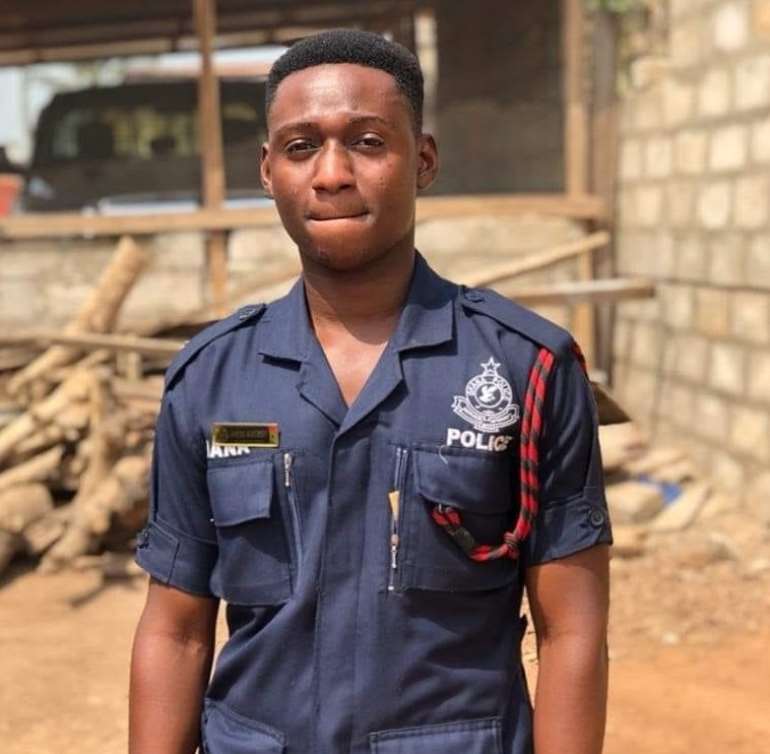 The facts of the case as presented to the court by Inspector Emmanuel Sampson and reported by Graphic Online’s Biiya Mukusah Ali are that, at about 8.00 pm on the day, Adams was driving a Toyota Camry vehicle with registration number GW 5882-17 from Sunyani towards Dormaa-Ahenkro.

On reaching a section of the road near Cocoa Station at Asuotiano, the driver without due care and attention veered off his lane into the opposite lane, the prosecution said in court.

In the process, Adams knocked down an oncoming motorbike which was being used by Constable Amos Maatey Niganoka, now deceased.

Inspector Sampson told the court that Adams after the incident failed to stop and attend to the victim and sped off leaving him to his fate.

According to the prosecutor, the suspect also failed to report the accident to the police but went and parked the accident vehicle at a Goil Filling Station and proceeded to the Wamfie Polyclinic for treatment without telling anyone about the incident.

Meanwhile, the police said, Adams arranged with a mechanic from Sunyani to pick the vehicle to an unknown place so that the police cannot trace it and afterwards went into hiding at Dormaa-Ahenkro.

About 7.00 am on Tuesday, March 2, 2021, police received an information that there was a hit-and-run incident and when they proceeded to the scene Constable Niganoka's lifeless body was found.

According to the prosecutor, upon a tip-off, police went to the Goil Filling Station and through a CCTV surveillance, the vehicle which the accused was driving at the time of the incident was identified.

Further investigations were extended to the DVLA in Sunyani where it was revealed that the said vehicle was registered in the name of one Albert Asare of Dormaa-Ahenkro.

He was subsequently called and asked to produce the suspected driver and the mechanic to bring the car.

Accordingly, Adams was arrested and when an inspection was carried on the vehicle it was found that the roadworthiness, as well as insurance covering it, had expired since June 13, 2018, while the rear number plate had also been removed.

He is expected to reappear before the court on Thursday, March 18, 2021, for the continuation of the case.

The court presided over by Mr Osei Kofi Amoako refused the bail application by counsel for the accused, Mr Baafour Akoto.