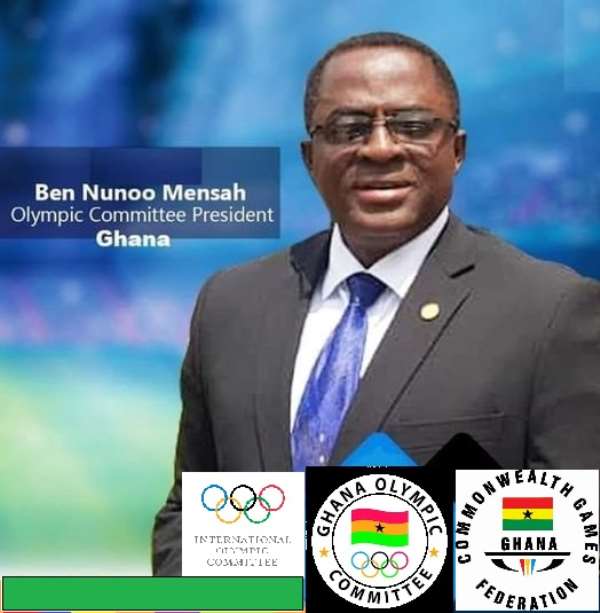 Ben Nunoo Mensah, the President of the Ghana Olympics Committee has reminded delegates of the federation’s elections on the need to build on the strong foundation he has laid.

March 15, 2021, has been earmarked as the day for the elections of the president of the committee.

Nunoo Mensah who won the position four years ago is hopeful of retaining his seat due to what he believes to be a successful first term.

In a statement to delegates, sighted by GhanaWeb, Nunoo Mensah officially informed the delegates of his decision to contest the elections.

He expressed gratitude to the members for the support for the past four years and appealed to them to impose their confidence in him for another four years.

‘Let me first say a big THANKS to all of you, on behalf of the current board of the GOC and on my own behalf. It’s been 4 years of hard work with its own challenges, but through it all you stood by us, worked to the best of your abilities, to ensure the modest success story we are telling today.

“Secondly, as requested by most of you, I have duly put myself up to serve you again for another 4 years as President.

“It is my fervent wish that you will give me the mandate again, so we can continue to build on the success we have chalked, the support to the NFs and athletes and the progressive changes we have brought, especially opening the GOC up for all to feel part of. You all made it possible,” excerpts of the statement read.

Nunoo Mensah has in a competition in Richard Akpokavie, the President of the Ghana Hockey Association.