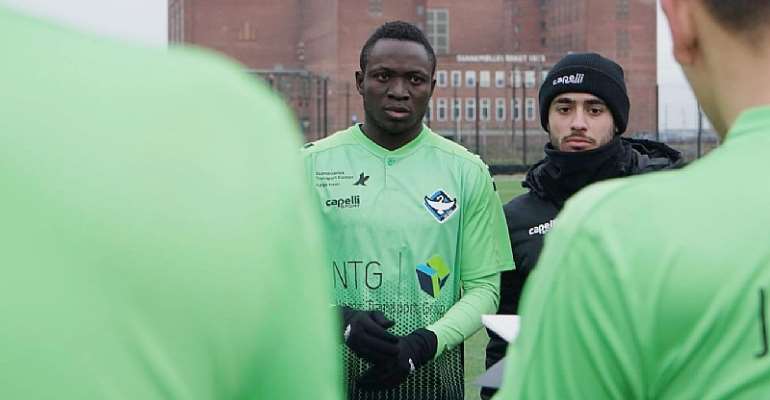 Exciting attacker, Victorien Adebayor has joined Legon Cities FC on loan for the rest of the 2020/2021 football season, his parent club HB Koge has confirmed.

In the last 12 hours, Modernghana Sports as reported in earlier publications disclosed that the former Inter Allies FC poster boy is close to joining the Ghana Premier League club.

This evening, a statement on the website of HB Koge has announced that a deal has been reached with Legon Cities FC for the loan transfer of Victorien Adebayor.

“HB Køge has made an agreement with the Ghanaian club Legon Cities FC. The deal means striker Victorien Adebayor will be loaned out to Legon Cities, who play in the Ghanaian Premier League. The lease is valid for the rest of the year,” the Danish Club has announced.

During last season before the Ghana Premier League campaign was canceled, the attacker scored 12 goals after making 13 appearances for Inter Allies FC.

He is regarded as a top talent and will be expected to help Legon Cities FC avoid relegation at the end of the season.