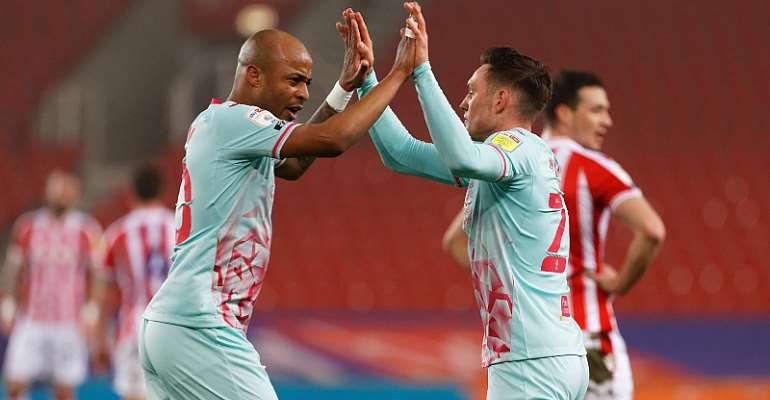 Ghana international, Andre Ayew scored a late penalty as Swansea City beat Stoke City at the bet365 Stadium for the first time since 2001.

Andre scored his eleventh goal of the season late in the game to propel the Jack Army’s to a 2-1 win in the English Skybet Championship.

Nick Powell scored first to the home team in the lead on the sixth mark but Connor Roberts equalized for the visitors after nineteen minutes played in the first half.

Andre however sealed all three points in the dying seconds of stoppage time, converting nervelessly from the spot after Jack Clarke had brought down Kyle Naughton.

The result leaves the Swans fourth in the table, one point behind the automatic promotion places having played two games fewer than the sides above them.

The Ghana captain has scored eleven goals with two assists to his name in the English Championship this season for the Jack Army’s.