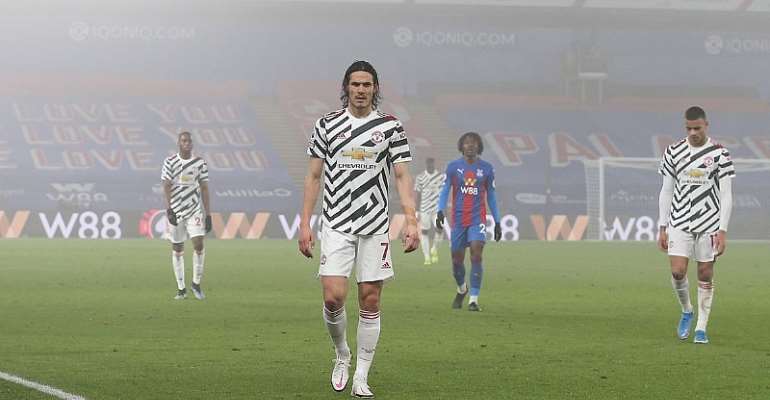 Edinson Cavani of Manchester United walks in at half time during the Premier League match between Crystal Palace and Manchester United at Selhurst Park on March 03, 2021 in London, England Image credit: Getty Images

Manchester United stretched their unbeaten away run to 21 league games but lost further ground to leaders Manchester City after a 0-0 stalemate at Crystal Palace.

United started well, but faded in a poor first half at Selhurst Park, with Nemanja Matic’s deflected strike as close as anyone came to scoring.

After the break, Palace had the better of the play, but both sides lacked the required quality to snatch all three points, with United especially disappointing in attack, despite having a wealth of attacking options on the pitch.

A third successive 0-0 in all competitions means United have now won just two of their last eight league games, but somehow have held on to second spot. City, however, are almost out of sight, 14 points clear at the top.