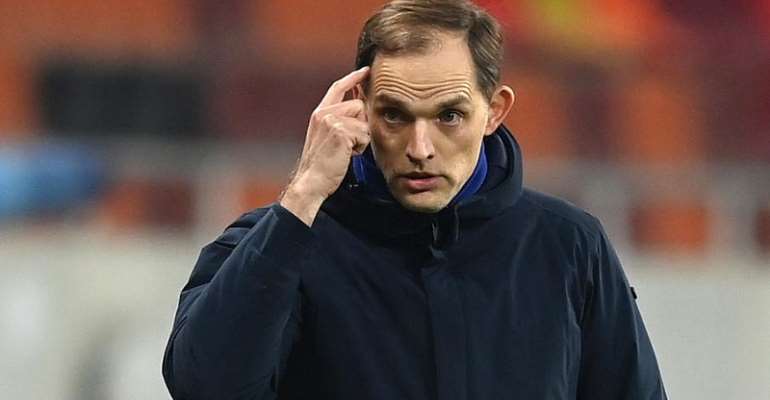 Chelsea manager Thomas Tuchel believes the result of Thursday's Premier League meeting with champions Liverpool will not have a massive impact on their hopes of finishing in the top four, the German said on Wednesday.

Chelsea are fifth in the table with 44 points from 26 games - a point below fourth-placed West Ham - and have not lost in seven league matches since Tuchel replaced club great Frank Lampard in January.

Asked by reporters if the clash with sixth-placed Liverpool was a big game in the quest for a Champions League spot, Tuchel said: "We still have 12 matches to go, the result tomorrow will not be the end of the race for the top four.

"It's of big importance, I hope we can show up with the same mentality and attitude like the tough challenges we've had.

"Going to Anfield for regular games. This is what you dream of as a player like me, not at the highest level... normally you watch these games on TV. Now I'm part of it, I'm very grateful for it and it makes me feel alive."

Tuchel said he was relaxed ahead of the contest and not reading too much into Liverpool's form in recent weeks.

The champions snapped a run of four league defeats with a 2-0 win over basement side Sheffield United on Sunday.

"Yes, they have dropped points, many times not deserved and they have had unlucky results," Tuchel said.

"They're one of the best teams in Europe but we're confident we can go there and do what we have to do to win."

Striker Tammy Abraham will be assessed before the clash at Anfield following an ankle injury while winger Callum Hudson-Odoi is fit after shaking off a thigh issue.