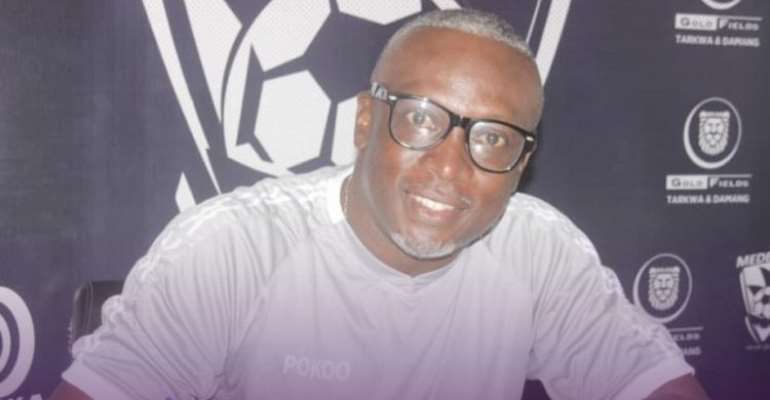 Yaw Preko has expressed his excitement following his move to Medeama SC as the new head coach.

The former Ghana international replaces Samuel Boadu, who quit the club to join Hearts of Oak earlier this week.

Preko most recently was in charge of Accra Great Olympics on an interim basis, where we led the Dade boys on a fine run of form which included a famous 2-0 win over city rivals Accra Hearts of Oak in the Mantse Derby.

“It feels amazing to be here and I look forward to working with my colleagues and the team,” Preko told the club website.

“I cannot wait to meet my new team and compete in the Ghana Premier League.

“There is a huge expectation on this fantastic club and we hope to work day and night to succeed.

“I have a fantastic group of friends including my buddy Yaw Acheampong – whom I will be working closely alongside young and dynamic Hamza Obeng.

Preko and his backroom staff will take his first training session on Thursday and will be in the dugout for Sunday’s Premier League game against Chelsea in Berekum.

He will be assisted by former Elmina Sharks Head Coach Yaw Acheampong, who also left his post at the Central Regional club earlier this week.

Preko will lead the Yellow and Mauve club to the Golden City Park against Berekum Chelsea this weekend.