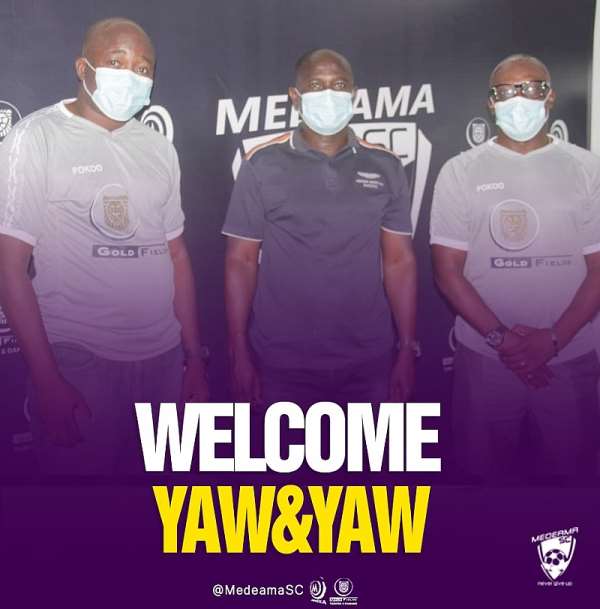 Medeama SC have announced that they have appointed coach Yaw Preko as the team’s new head coach for the rest of the ongoing 2020/2021 football season.

The Ghana Premier League giants are bringing on board the former Great Olympics coach after losing the services of coach Samuel Boadu who is now with Hearts of Oak.

“Yaw Preko has been appointed as the new Medeama Head Coach until the end of the season,” a communique on the website of Medeama SC has said.

It continues, “He moves to Tarkwa following a short spell at fellow Ghana Premier League side Great Olympics.

“The former Ghana Under-20 coach will reunite with his close friend Yaw Acheampong as his assistant one with Hamza Obeng being named as assistant two.”

During his short spell with Great Olympics this season, Coach Yaw Preko impressed and helped the team to pick crucial points.

He will now be expected to give Medeama SC the push to challenge for this season’s Ghana Premier League title.