I am determined to help Hearts of Oak succeed - Salifu Ibrahim 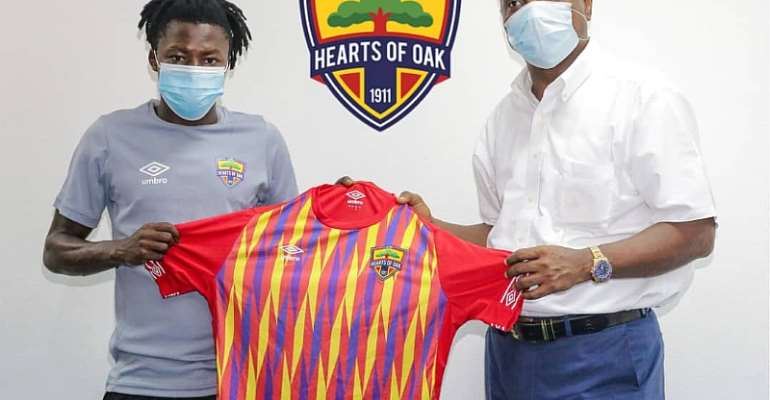 New Hearts of Oak acquisition, Salifu Ibrahim has said he is determined to help the club succeed.

The 20-year old joins the Phobians on a three-year deal from Techiman Eleven Wonders.

“It’s a privilege to serve Hearts of Oak," he told the club website.

"I thank the club for reposing confidence in me.
"This is the best playing opportunity most players desire to have.

"I will contribute my quota to bring success to this team," he added.

Salifu's impressive performances for Techiman Eleven Wonders saw him earn a call up to the Black Stars camp ahead of the 2022 AFCON qualifiers against South Africa and Sao Tome.

Salifu earned four consecutive Man of the Match Awards at the start of the 2020/2021 Ghana Premier League season.

He becomes Accra Hearts of Oak’s first signing in the second transfer window as they continue to strengthen their squad.

He is on the verge of making his debut for the club this weekend against WAFA at the Accra Sports Stadium.