U-20 Afcon: We are deterimed to win the trophy - Black Satellites striker Percious Boah 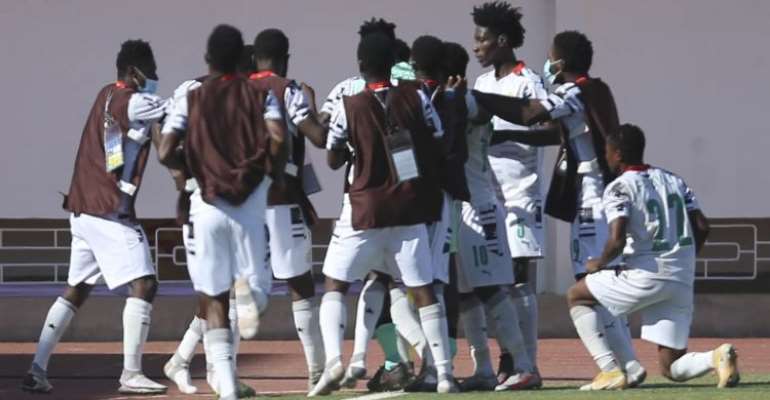 Ghana Black Satellites striker, Percious Boah, says the entire team are confident of winning the U-20 Africa Cup of Nations on Saturday, February 6, 2021.

Ghana pipped Gambia by a lone goal in the semi-finals on Monday evening to book a place in the final at the ongoing U20 AFCON tournament in Mauritania.

The 18-year-old scored the only goal of the game to set up the final against Uganda, who thumped Tunisia 4-1 to win the other semi-final game.

Boah disclosed he knows the team can win the trophy and they are preparing well to win Ghana’s fourth African title at the U20 level on Saturday.

“First of all, I am so happy, and we thank God for the victory,” h said after the game against Gambia," the Dreams FC striker said.

“We are ready to face any team [Uganda] that is going to qualify for the final.

“We are going to prepare and prepare hard; we can do it and we know we will win the cup.”

Boah has scored three goals in 5 games at the competition but is behind Uganda’s Derrick Kakooza in the goal king chart, who has 5 goals, after hitting a hat-trick in the Tunisia game.