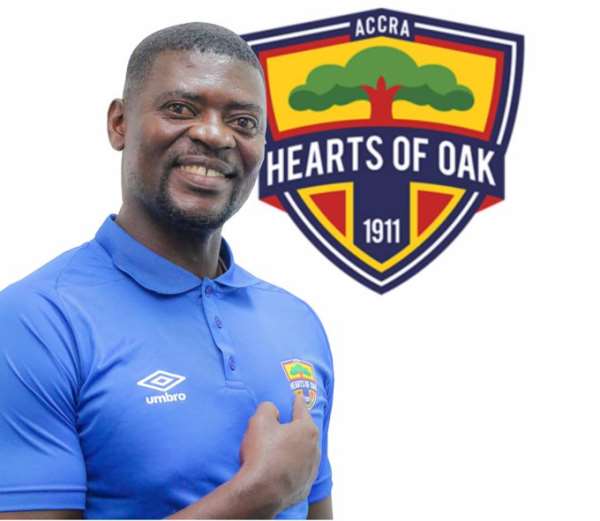 Hearts of Oak club legend, Mohammed Polo beleives newly appointed coach Samuel Boadu does not have what it takes to lead the club to success.

The former Medeama SC gaffer joined the Phobians on a three and half year deal on Monday.

Boadu has been tasked to win them a domestic double thus the Ghana Premier League and the FA Cup in his second season.

But according to Polo, Boadu has no experience and can't boast of anything since he has no any major silverware to his credit.

"It will be very difficult for Samuel Boadu to succeed, looking at the target set for him. It is not always about a certificate even though it matters, what has he achieved, what experience has he gained," he told Kumasi FM.

He also stretched that, not only because of his capabilities but added by saying the enterprising coach might struggle due to too much interference in the team when it comes to transfers and player selection.

"We don’t just make such an appointment. Aside from him being inexperienced, there are too much interference that needs to be dealt with, either than that, coaches will go and come but the club will remain the same," he added.

Boadu will lead Hearts of Oak to play WAFA in the matchday 17 games this weekend.