Serie A: Morata and Bernardeschi come off the bench to lift Juventus past Spezia 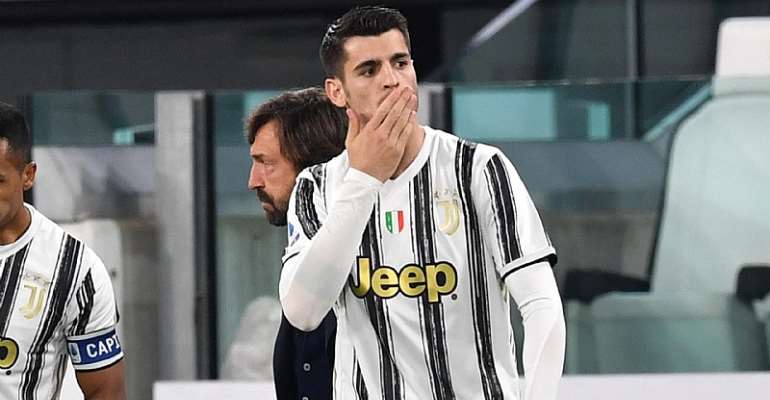 Alvaro Morata came off the bench to score with his first touch as Juventus beat Spezia 3-0 at home, leaving them seven points behind Serie A leaders Inter Milan

Andrea Pirlo was dealt an injury blow ahead of kick-off when defender Mattias De Ligt suffered an injury in the warm-up and was replaced in the starting XI by Gianluca Frabotta.

The home side carved out some decent chances in the first period against a well-organised defence with Federico Chiesa going close twice and having a goal disallowed for offside while Ronaldo hit the post with a curling effort.

Pirlo brought on Alvaro Morata and Federico Bernardeschi and the pair made a huge impact straight away, with the latter's low cross to the near post tucked home by the former Chelsea striker a minute after coming on.

And it was Bernardeschi who set up the second with his cross finding Chiesa whose initial shot was brilliantly parried by the keeper but he managed to convert the rebound with a scorpion-style flick.

Ronaldo added a late third as he fired the ball under the goalkeeper following a counter-attack, becoming the first player to score at least 20 league goals in Europe’s top five leagues in the past 12 seasons.

The visitors missed a penalty in stoppage-time after Andrey Galabinov's effort was saved by Wojciech Szczesny as Juve stay third, seven points behind leaders Inter Milan, while Spezia remain 15th.