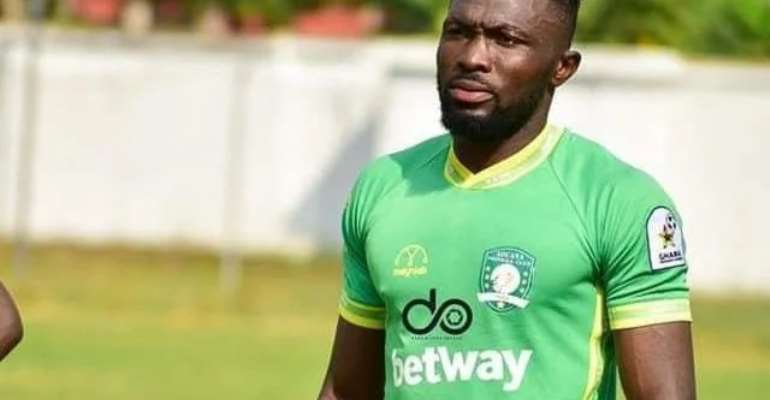 Aduana Stars defender, Farouk Adams has been detained by Police after knocking an officer with a car.

The officer identified as Cont. Amos was reportedly on his lunch break to do some purchases when the unfortunate incident happened at the Asuotiano-Berekum road.

Disturbing reports after a follow-up has revealed that the Police Officer died on the spot and his body has been sent to the morgue.

While investigations continue, Farouk Adams has been arrested in Dormaa Ahenkro by the Police and is currently in custody to provide assistance.

Details as at now remain scanty but Modernghana Sports remain in contact with sources and will report when more information comes up.