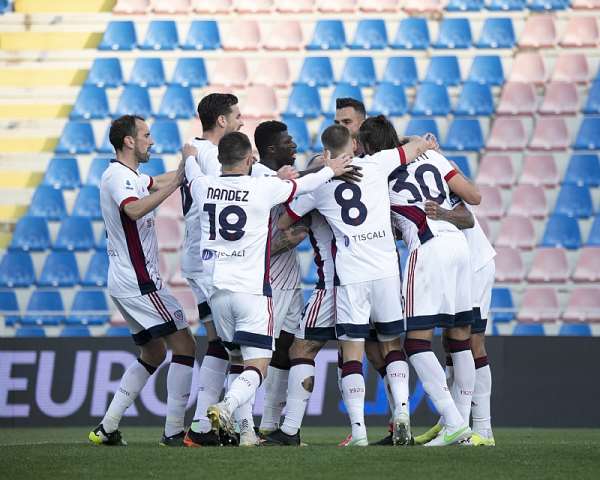 Ghana international Alfred Duncan displayed outstanding form on Sunday afternoon as he dictated play from midfield to help Cagliari Calcio to defeat Crotone 2-0 in the Italian Serie A.

The midfielder on loan from Fiorentina today started for his team when they visited the Stadio Ezio Scida to take on the matchday 24 opponent.

Operating from the middle of the pitch, Alfred Duncan made his quality count with his work on and off the ball ensuring his team had the edge over the Crotone side.

Although there would be no goals at the end of the first half, Cagliari returned from recess to dominate and score two goals courtesy of strikes from Leonardo Pavoletti and Joao Pedro to merit the maximum points at the end of the game.

At the heart of the triumph was midfielder Alfred Duncan whose passing and ability to win duels offered the needed push for his team.

In the end, the Black Stars asset earned a rating of 7.4 for his sensational performance in the 65 minutes he played.

Find below the detailed match stats of Alfred Duncan provided by SofaScore in the game against Crotone: 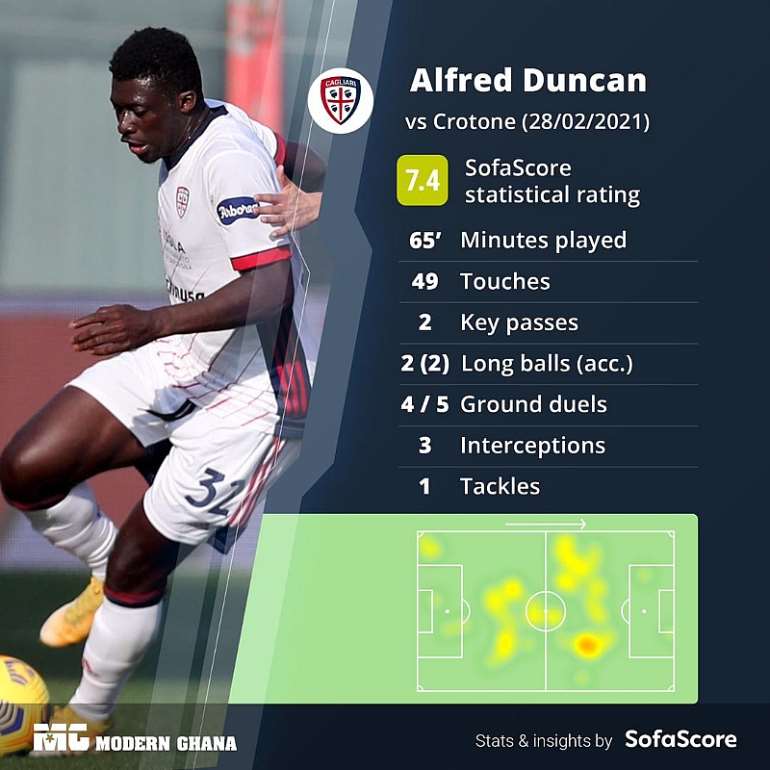 On the matchday, Ghana’s Kwadwo Asamoah marked his debut for Cagliari when he replaced goal-scorer Joao Pedro in the 77th minute.

The former Juventus star displayed glimpses of his quality with his experience play and is expected to have a big role to play for Cagliari in subsequent matches.