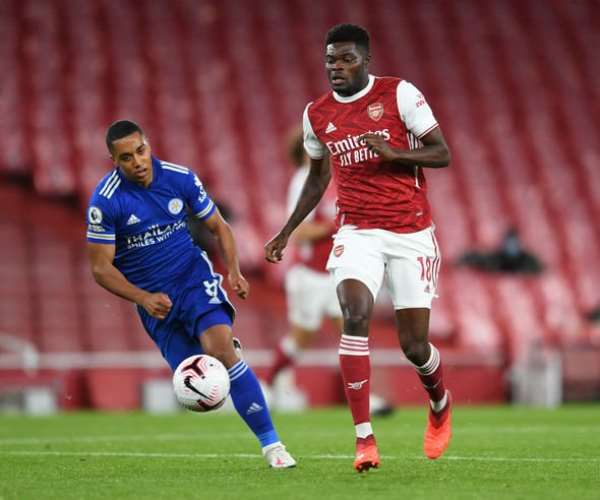 Ghana international, Thomas Partey finished with impressive ratings on Sunday afternoon following his eye-catching performance for Arsenal in the 3-1 win against Leicester City.

The midfield sensation came on as a substitute for the Gunners today when they visited the King Power Stadium to take on the Foxes on matchday 26 of the English Premier League season.

In a game where Youri Tielemans scored after six minutes to shoot Leicester City into the lead, the visitors were required to stage a comeback to get something out of the match.

Coming on in the second half to operate in midfield, Thomas Partey marshaled his Arsenal teammates to push on to ensure they amassed the three points.

In a game where the former Atletico Madrid star played just 24 minutes, he won three out of the four duels he contested to earn a rating of 7.0 from renowned global statistics providers SofaScore. 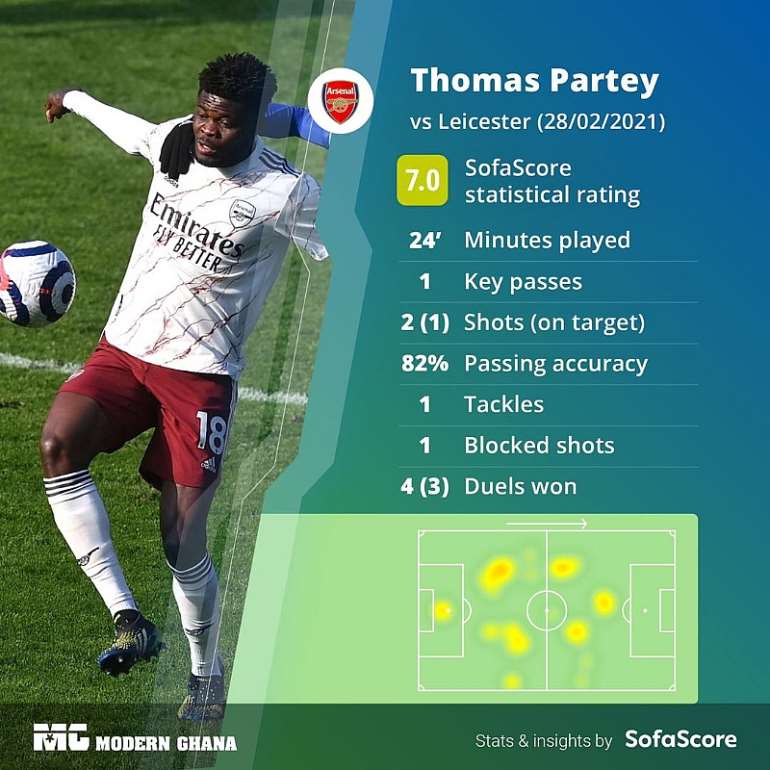 On the matchday, goals from David Luiz, Alexandre Lacazette, and Nicolas Pepe, powered Arsenal to come from behind to beat Leicester City 3-1 at the end of the exciting contest.

Fully-fit and in good shape, Thomas Partey could return to the starting eleven of Arsenal next weekend when they take on Burnley in the English Premier League.