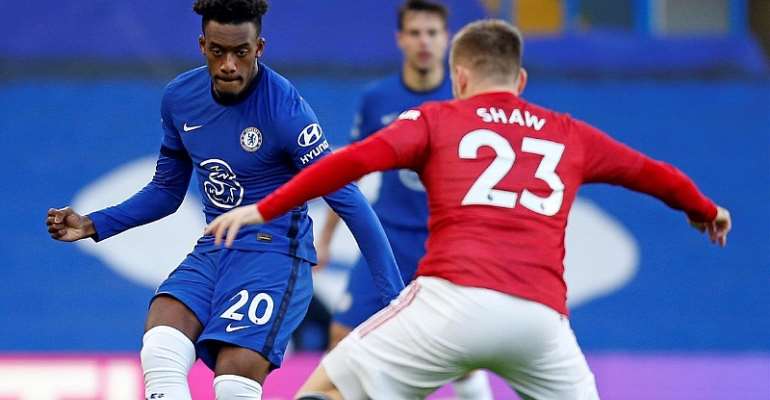 Chelsea and Manchester United played out a goalless draw at Stamford Bridge.

In a game of few chances, Stuart Attwell's decision not to award a penalty after VAR decided Callum Hudson-Odoi's inadvertent handling of the ball during a tussle with Mason Greenwood a quarter of an hour into the game proved a key moment.

Chelsea's best chance came when David De Gea did well to stretch to his right, while diving to his left, to deny Hakim Ziyech after Ben Chilwell had raced into the box and pulled the ball back for him.

Second-placed United now lie 12 points adrift of their city rivals ahead of their trip to the Emirates next weekend.