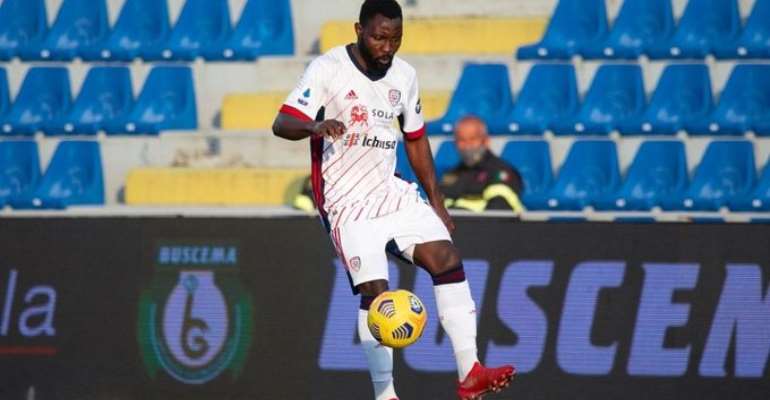 Ghana international, Kwadwo Asamoah has expressed his excitement after making his Cagliari debut on Sunday.

Asamoah climbed off the bench to mark his debut as Cagliari defeated Crotone 2-0.

The 31-year-old replaces Joao Pedro in the 77th minute after Cagliari had a man sent off.

Charalampos Lykogiannis was sent off in the 75th minute forcing manager Eusebio De Francesco to fall on the Ghanaian.

Leonardo Pavoletti opened the scoring after 56 minutes before Joao Pedro added the second from the spot four minutes later to earn Cagliari victory.

Following the win in his debut, Asamoah wrote, "Happy for the debut and this important team victory!"

Asamoah joined Cagliari as a free agent in the winter transfer window.