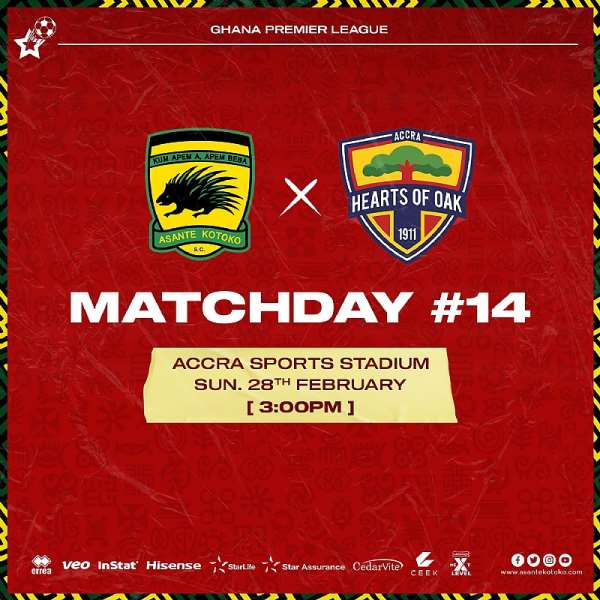 Ahead of kick-off at 15:00GMT, both teams are geared up for action and are tipped to go head to head to produce a fierce contest throughout the 90 minutes.

For Asante Kotoko head coach Abdul Gazale, he has gone with goalkeeper Razak Abalora in the post with a defensive setup that has Christopher Nettey and Imoro Ibrahim playing as the laterals.

Brazilian midfielder Fabio Gama starts alongside Latin Anabila in the middle of the park while Emmanuel Gyemfi, Kwame Opoku, and Naby Keita play as the attackers.

For the away team, Hearts of Oak interim coach Samuel Nii Noi has named a strong first eleven to do battle for his team.

Shot-stopper Richard Attuah is named in the post with Nuru Sulley and Mohammed Alhassan playing as the Centre-back pairing.

Benjamin Afutu and Frederick Ansah Botchway will be operating on the midfield and expected to link up play with attackers Kwadwo Obeng JNR and Victor Aidoo.