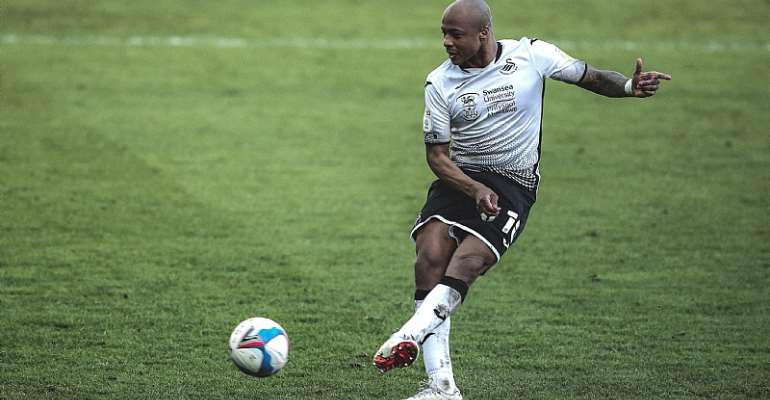 Ghana captain Andre Ayew scored his 10th goal of the season on Saturday afternoon but it was not enough to save his Swansea City side from suffering a 3-1 defeat to Bristol City.

The experienced forward started for the Swan today when the team hosted the matchday 33 opponent of the English Championship at the Liberty Stadium.

On the back of a goalless first half, Andre Ayew scored from the penalty spot 10 minutes into the second half to shoot Swansea City into the lead.

While the Ghanaian and his teammates looked like they could go on to bag the maximum points, a resilient performance from Bristol City turned the game on its head in the last 25 minutes.

Goals from Nahki Wells, Kasey Palmer, and Antoine Semenyo powered the away team to come from behind to beat Swansea City 3-1 at the end of the game.

In an encounter where Andre Ayew lasted the entire duration of the game, he impressed with his attacking play to finish as the top-rated player according to statistics provided by SofaScore.

Below is the detailed match stats of Andre Ayew against Bristol City. 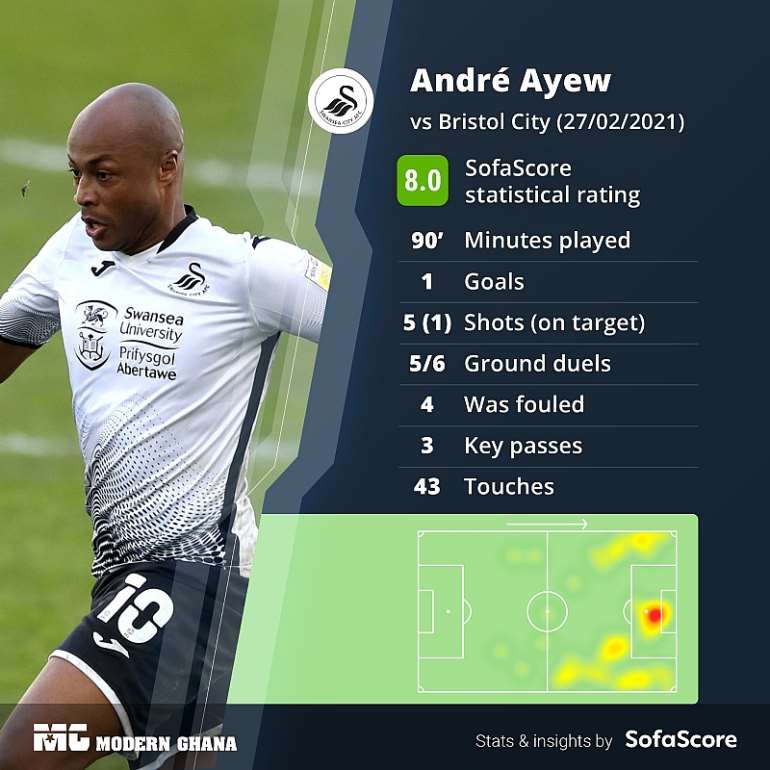 In addition to his 10 goals for Swansea City in the English Champions this season, Andre Ayew has also provided two assists and hopes to help the team secure promotion to the Premier League.