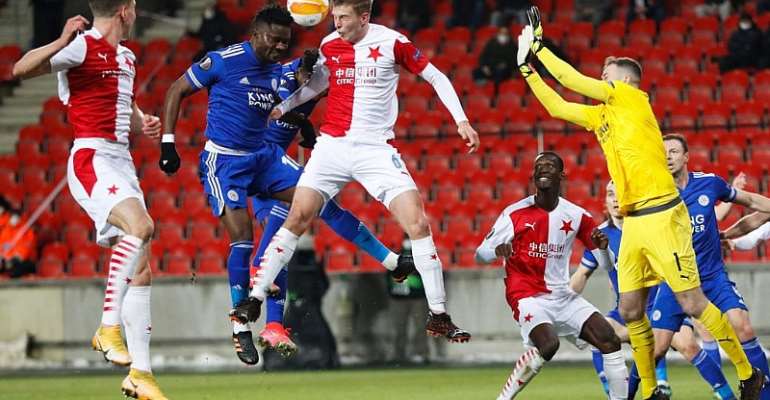 Ghana defender Daniel Amartey featured as Leicester City got knocked out from the Europa League on Thursday.

Sparta Prague stunned the Premier League side 2-0 at the King Power Stadium.

The Foxes were heavily tipped to advance to the next stage of the competition.

There was no fortune in Slavia’s success at the King Power Stadium, secured with second-half goals from Lukas Provod and Abdallah Sima.

Amartey, who was deployed as a right-back, did not do anything wrong, but his lack of attacking instincts unbalanced Brendan Rodgers’ side and it made them much easier to defend against.

The 26-year-old was replaced with Ricardo Pereira in the 61st minute.

He has played nine times in all competitions for the club.

Leicester City now focus on the Premier League and will play Arsenal on Sunday at the King Power.